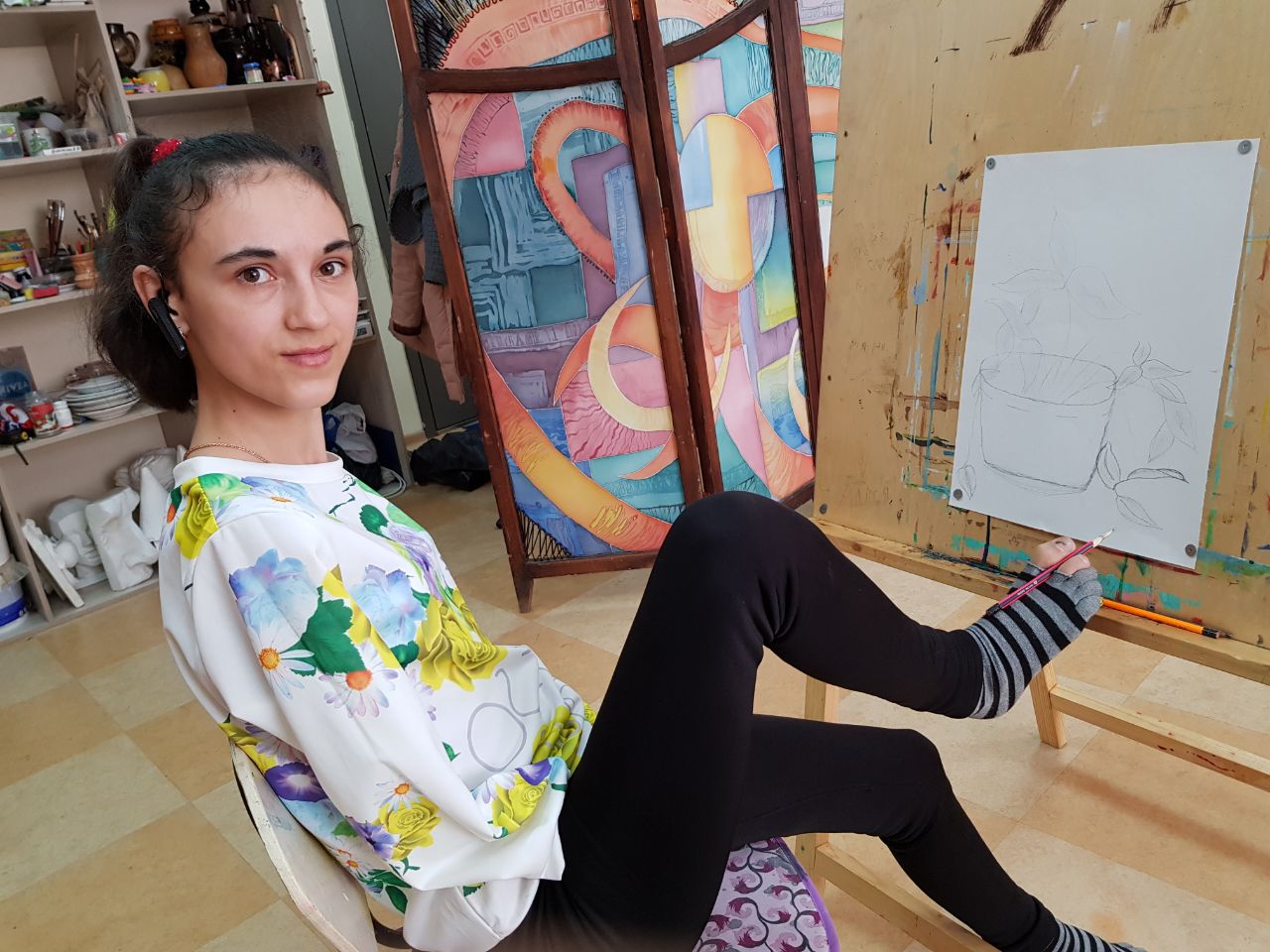 Anastasiia Papizhuk was born on 8 August 1998 in Ussuryisk, in Russia. She grew up without a father, and her mother died in 2007. On 14 April 2001 she had a tragic accident in which she was pushed into a transformer station, and lost both arms. Anastasiia Papizhuk spent the years 2006 to 2010 at an orphanage. As a teenager she regularly attended taekwondo classes. With great enjoyment and ambition, she achieved her black belt. She took part in national and international competitions. Her greatest success was being awarded 2nd place at the world championships, and the title of Russian vice-champion. She studied economics at the state University in Vladivostok. She had to break off her subsequent studies in psychology and pedagogics at the Federal University of the Far East after two successful years due to being pregnant. Her son was born in 2015. She discovered painting during her convalescence in hospital. A doctor motivated her to write and paint with a pen in her mouth. She devoted all her motivation to developing her talent for painting. She prefers watercolours for her varied motifs.