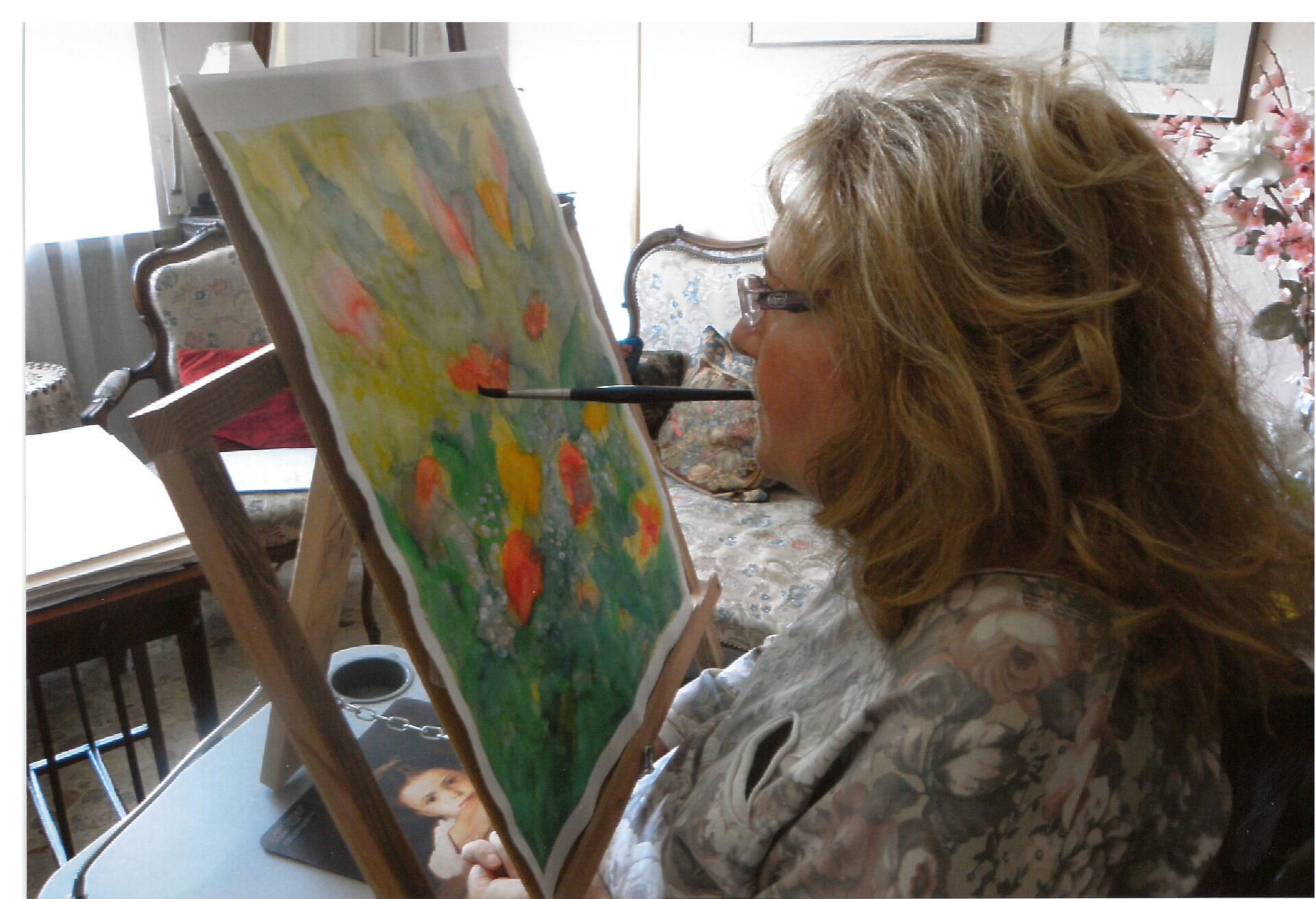 Annalisa Paganini was born on 12 June 1963 in Motta di Livenza (Italy). After compulsory schooling she has taken her career in public health and became a nurse. At the age of 25 years (1987) she was diagnosed with multiple sclerosis. She describes herself to have always been a "Daughter of Art", as her father was an architect and also taught technical drawing at a high school. He also had an immense devotion to painting which he wanted to convey among others to Annalisa on. Through the encouragement of our late President Eros Bonamini she began to paint by the means of her mouth (2012). By private painting and art classes with the renowned art teacher Mariella Aldrighette the artist was able to deepen her mouth painting. In addition, the artist attended from 2003 until 2011 under the direction of Flavia Rossignoli various art courses, as the color theory of Goethe or the Spiritual in Art, Kandinsky and general art history.