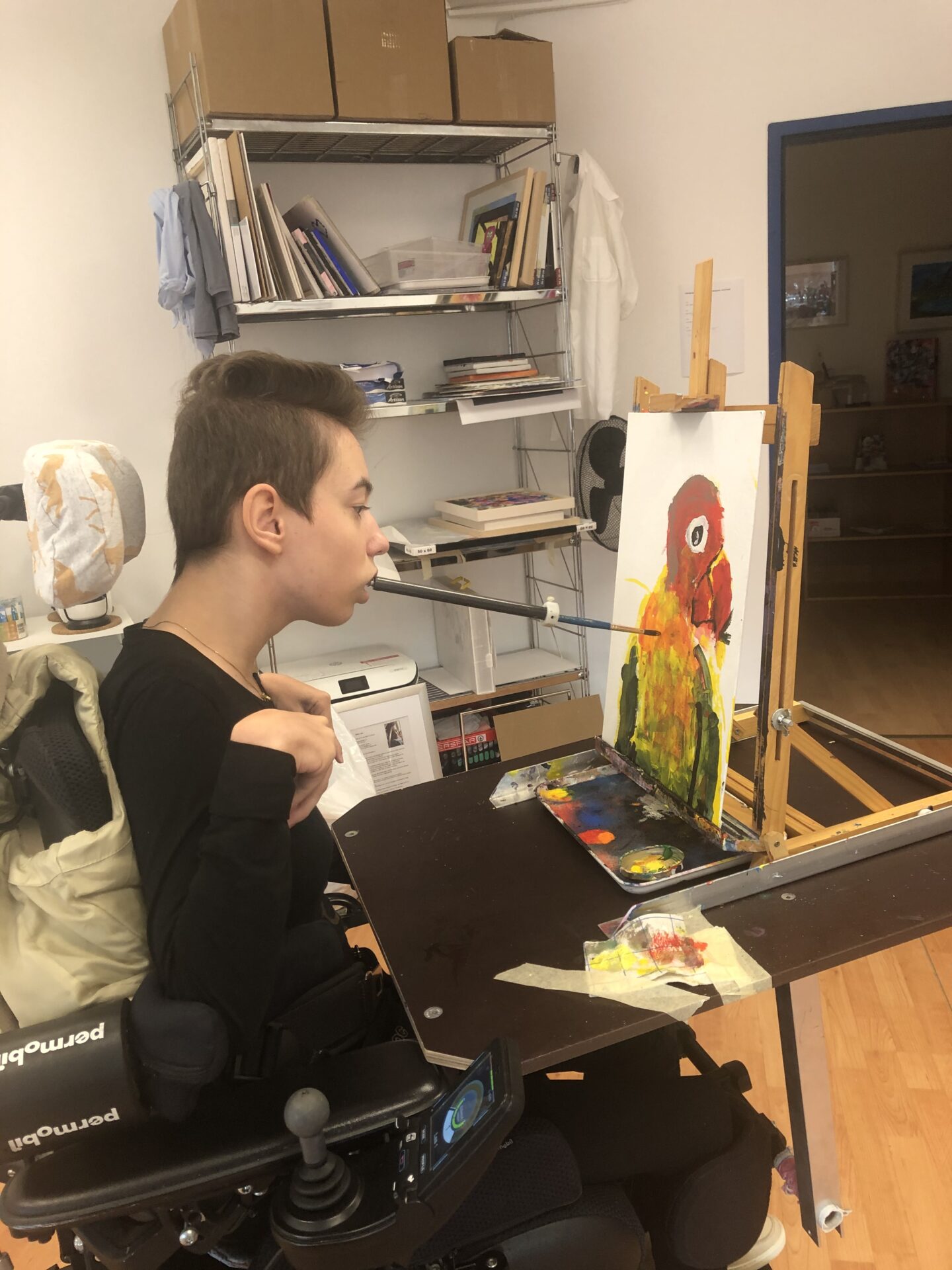 On 28 May 2000 Lea was born prematurely and suffering from spastic paralysis, in Innsbruck. It was only when she was growing up that her severe limitations with regard to motor skills became apparent. She attended a private kindergarten in Axams run by slw Soziale Dienste der Kapuziner (social services), where she now also goes to school. In 2014 she had two taster weeks in the creative workshops of the slw Innsbruck, where her interest in, and enthusiasm for, painting became even more pronounced. Lea likes to paint, using self-made aids and appliances such as her easel and paint pots. Her carers and her grandmother, with whom she has lived since birth, do their very best to level out some of the obstacles to living normally, and to support her creativity. Travel, music, painting and horses fill Lea's life with great happiness. And accordingly, her choice of colours when painting is bright and light.