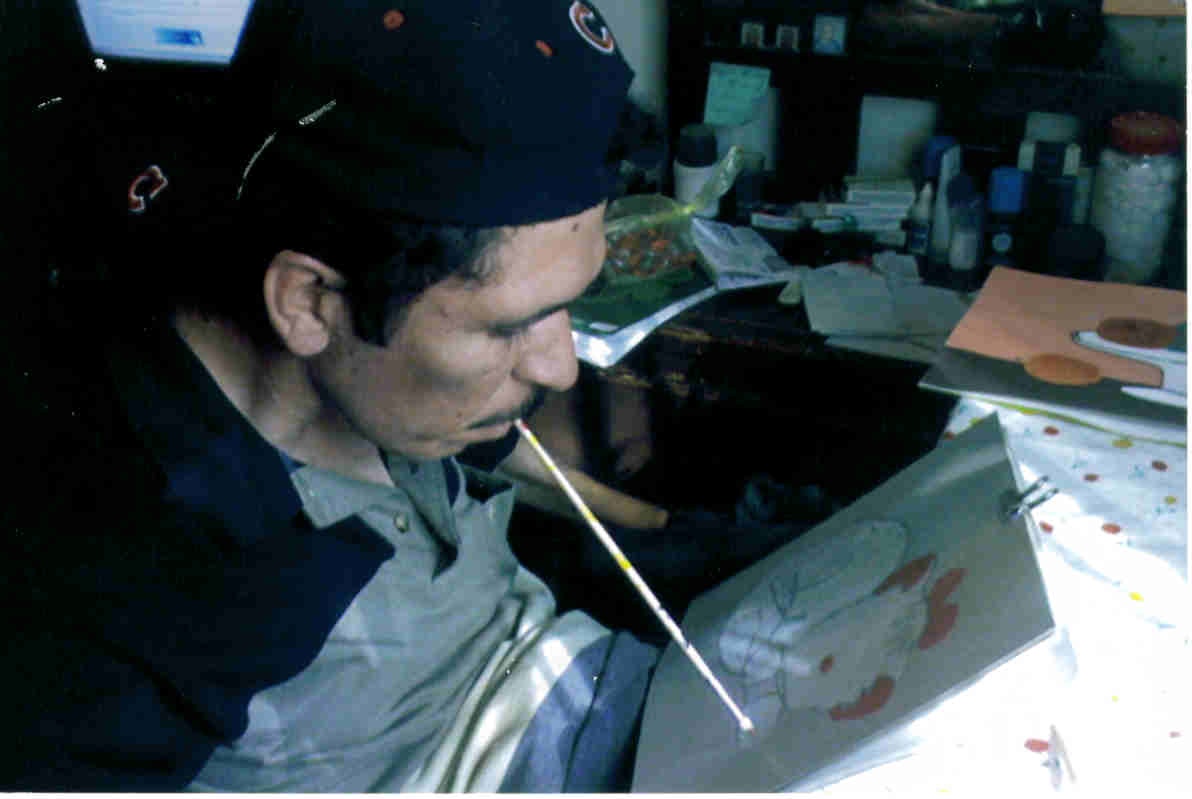 Raul Ortiz Carrillo was born on 9 August 1973 in Ahome. He attended primary and secondary school and studied accounting up to the second term. In 1989 he had a tragic accident when he dove into Rio Fuerte. He hit his head and broke his cervical vertebrae C5 and C6, rendering him tetraplegic. As a consequence he had to move and live with his grandparents because the required care facilities were better there. He spent a year in rehabilitation and was subsequently transferred to the Shriners hospital in San Francisco, USA, where he received free treatment for four years. Even while still a child he liked to draw with a pencil. After his accident he wanted to continue to draw but he could not since he was unable to use his hands. A few months ago he met a friend, student member Victor Manuel Reyes Portilles, who told him about VDMFK and invited him to attend a painting workshop. When he started mouth painting six months ago his outlook on life changed. He wants to continue his education, to practise and improve his drawing and painting in order to become productive. It's very important to him to receive a scholarship.