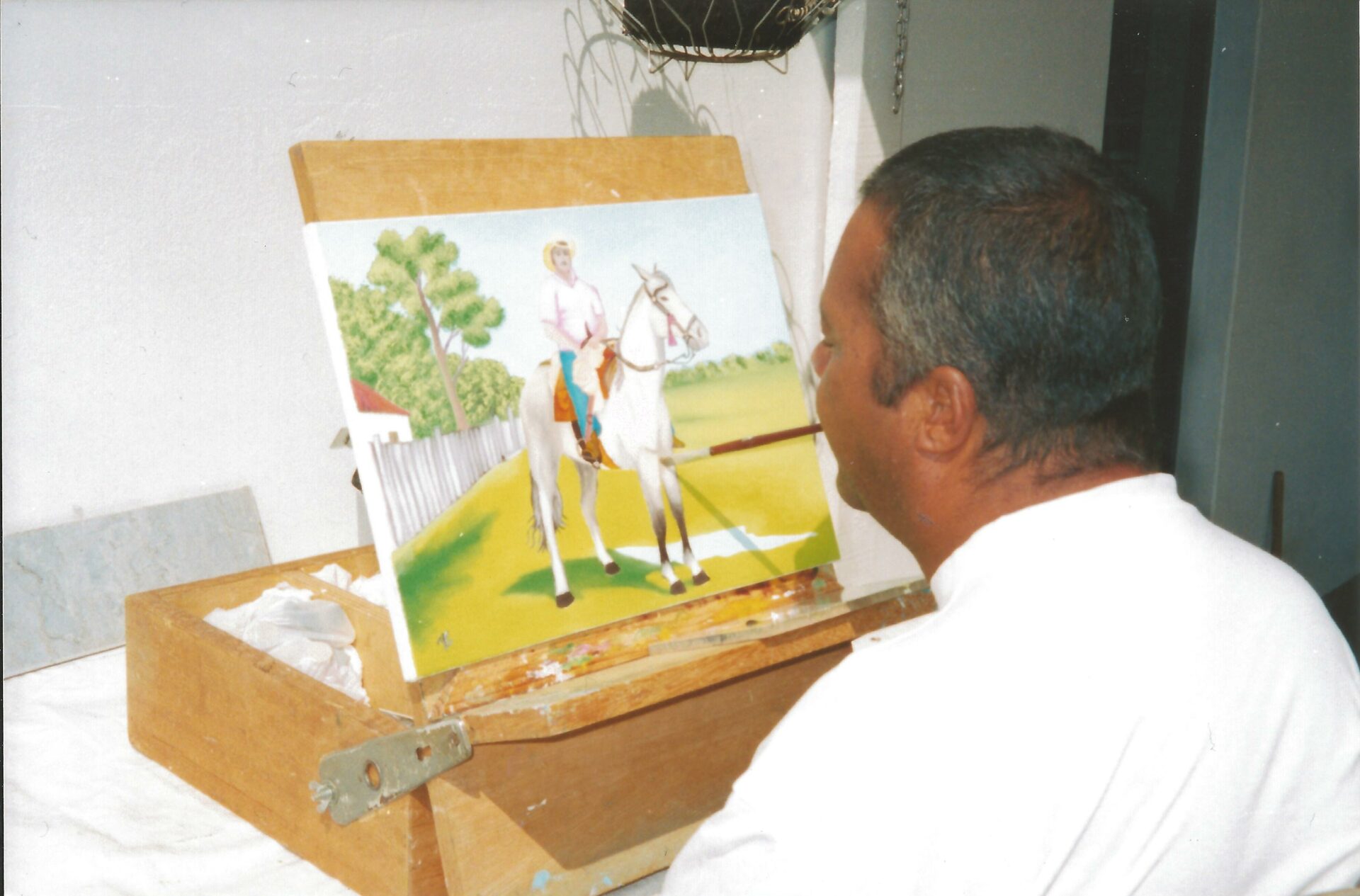 Mr. Juracir Baptista De Oliveira is a mouth painter and was born on October 6, 1959 in Nova Andradina, Mato Grosso do Sul, as the sixth of ten brothers. At an age of ten he started to work as an agricultural worker and drover in the federal states of Sao Paolo and Mato Grosso. During his time as an agricultural worker he attended primary school until the eighth form, but did not finish this eighth year. Mr. De Oliveira had a very happy childhood and had always enjoyed a close relationship with his natural environment. At the age of 17 Mr. de Oliveira decided to go to work for a rodeo and western show. He kept this job until he was 20. At the same time he began painting rodeo and western motives on T-shirts which he sold on the occasion of these events in order to earn some extra money. On December 17, 1978 Mr. De Oliveira had an accident during a rodeo show. His horse had run against the protective wall of the arena, Mr. De Oliveira fell and his horse fell onto him. Mr. De Oliveira became paraplegic. At the hospital he began painting with his mouth. Since then his life has again become important to him.