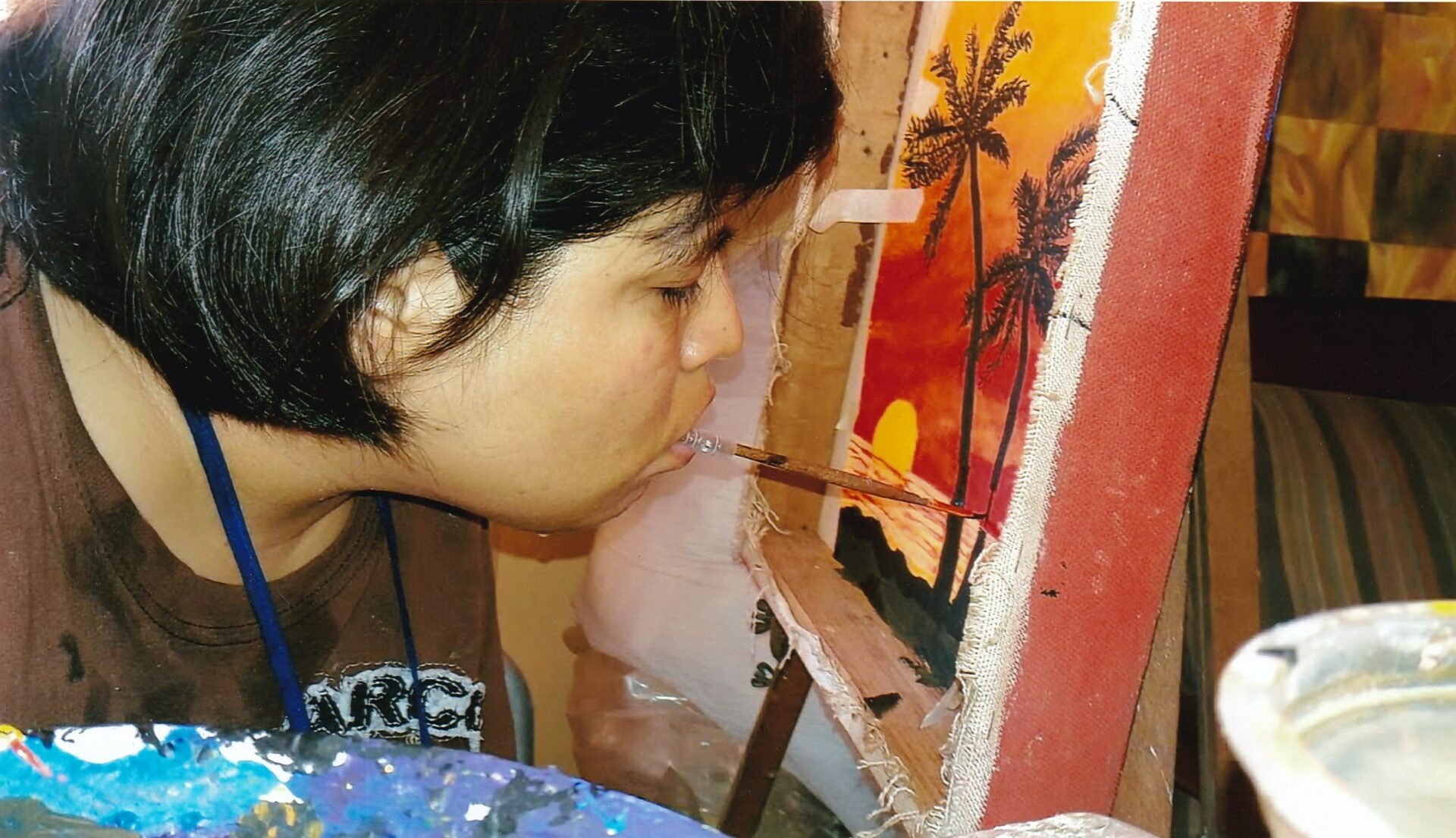 Martha Olivas Torres was born on 15 December 1983 in Mexico City in the Centro Medico Dalinde hospital. She has had a cerebral paralysis since birth. Her parents are Rosalio Olivas Guzman and Martha Margarita Torres Salas. She has three brothers. At birth, she did not have a sufficient supply of oxygen and therefore did not breathe or cry and her body was purple. For 13 days she required special care and was fed through her veins. The doctors told her mother that she would require particular care. After eight months in the Tabasco rehabilitation centre, they were informed that she had infantile cerebral palsy of the spastic-athetoid type. A psychologist recommended a book written by Gabriela Brimmer, a young woman with cerebral palsy. From then on, she was curious and wondered whether she could also study like the author did. At the age of four and a half, she joined the pre-school at the school for special needs education. The secondary school that accepted her was the Técnica 77. In the three years of middle school, she wrote using her mouth. She left middle school with good grades and continued with her studies at the Jose Vasconcelos. The special needs teachers helped her to complete both middle school as well as high school. In 2002, she enrolled in a university, the Instituto Tecnológico Superior Sinaloa, and graduated from engineering studies in teleinformatics with honours. One year later, she studied for a bachelor's degree in educational psychology at the same institution. Some time later, she graduated from the educational level and, in addition to this, she has completed several diplomas and courses in IT and education.