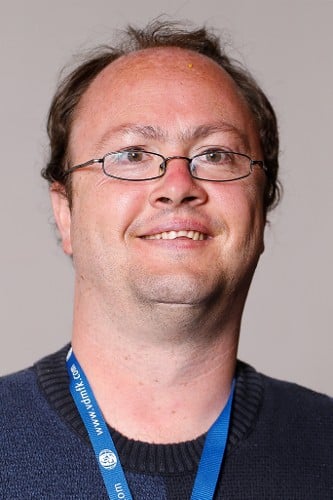 David Nolt was born with multiple congenital arthrogryposis, joint stiffness and severe clubfeet. The muscles of his arms and hands are paralysed. At the age of only two years he started to paint with his mouth. In the following years David Nolt perfected his artistic skills by taking courses and private lessons. But he mostly learned to paint with his mouth as an autodidact. In 2001 he became a Student Member of the Association. In the year 2010 he was granted Associate Membership of VDMFK.

His initial artwork comprised mainly sketches done with a fountain pen and ink. Later, he began to experiment with watercolours. However, since the age of 17 he prefers oil painting. When looking at his paintings one sees motifs done in various styles. His works predominantly represent typically American landscapes. Furthermore, one of his hobbies is photography and he uses his photos as a source of themes for his paintings.