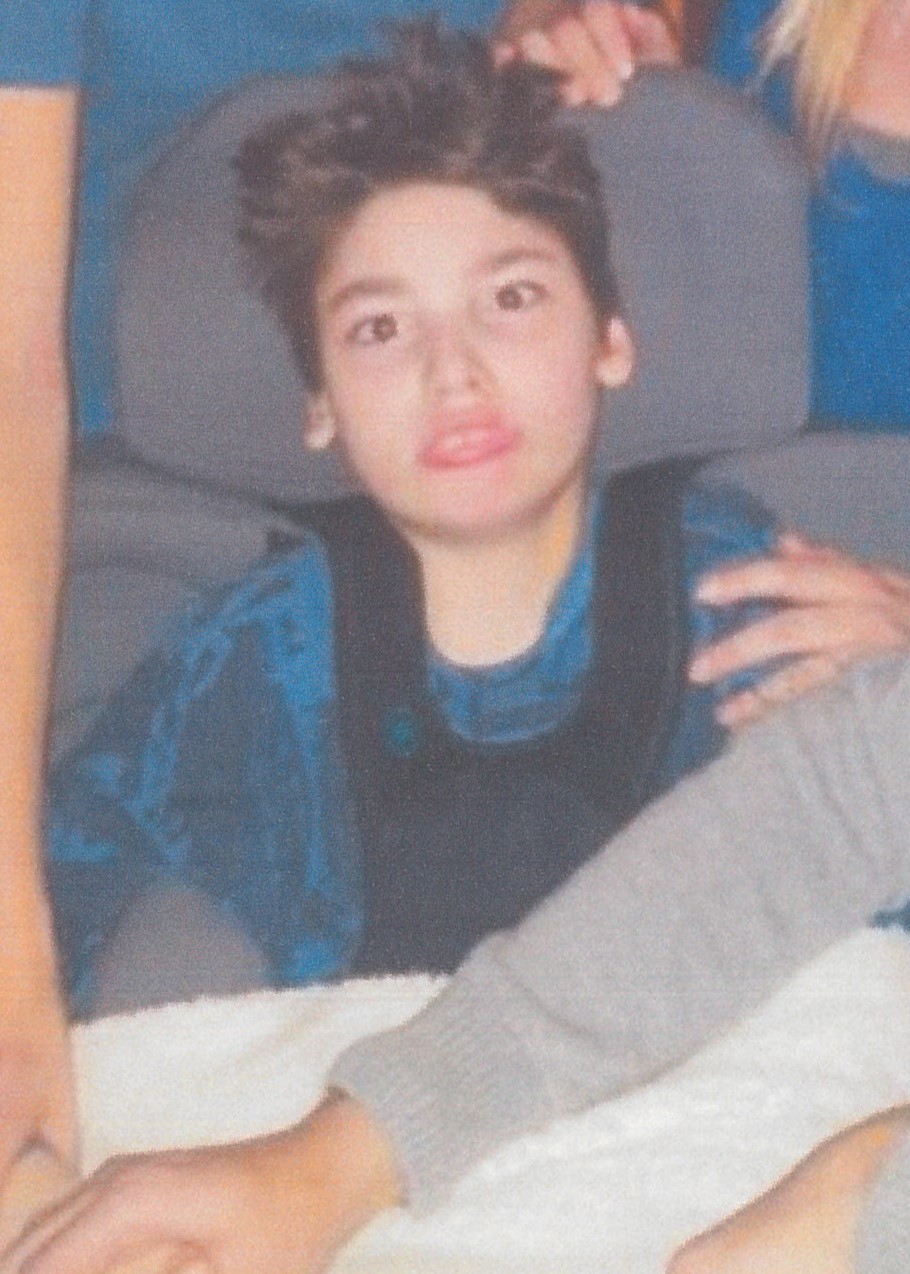 Marin Neururer was born on 3 December 2004 in Bludenz. Soon, however, his parents noticed that something was wrong. After many doctors’ visits and periods in hospital, they were told he had PCH II (pontocerebellar hypoplasia). For Marin Neururer, this meant a lot of handicaps, including lack of fine motor skills, uncontrolled, spastic movement of his entire body, and the inability to stand, walk or talk. When he was three, he enjoyed going to nursery school, which he attended for two years. After that, he was put in school (Special Education Centre), which unfortunately did not function at all, because Marin needed feeding with a PEG tube. His parents then decided to care for him at home. Whenever Marin Neururer is free of health problems, he is a very cheerful teenager. He loves listening to music, and is fond of bright lights and anything which lights up in colour. He laughs a lot and enjoys being cuddled. Painting bright pictures will give him a new challenge and provide him with an activity his family will support him with.