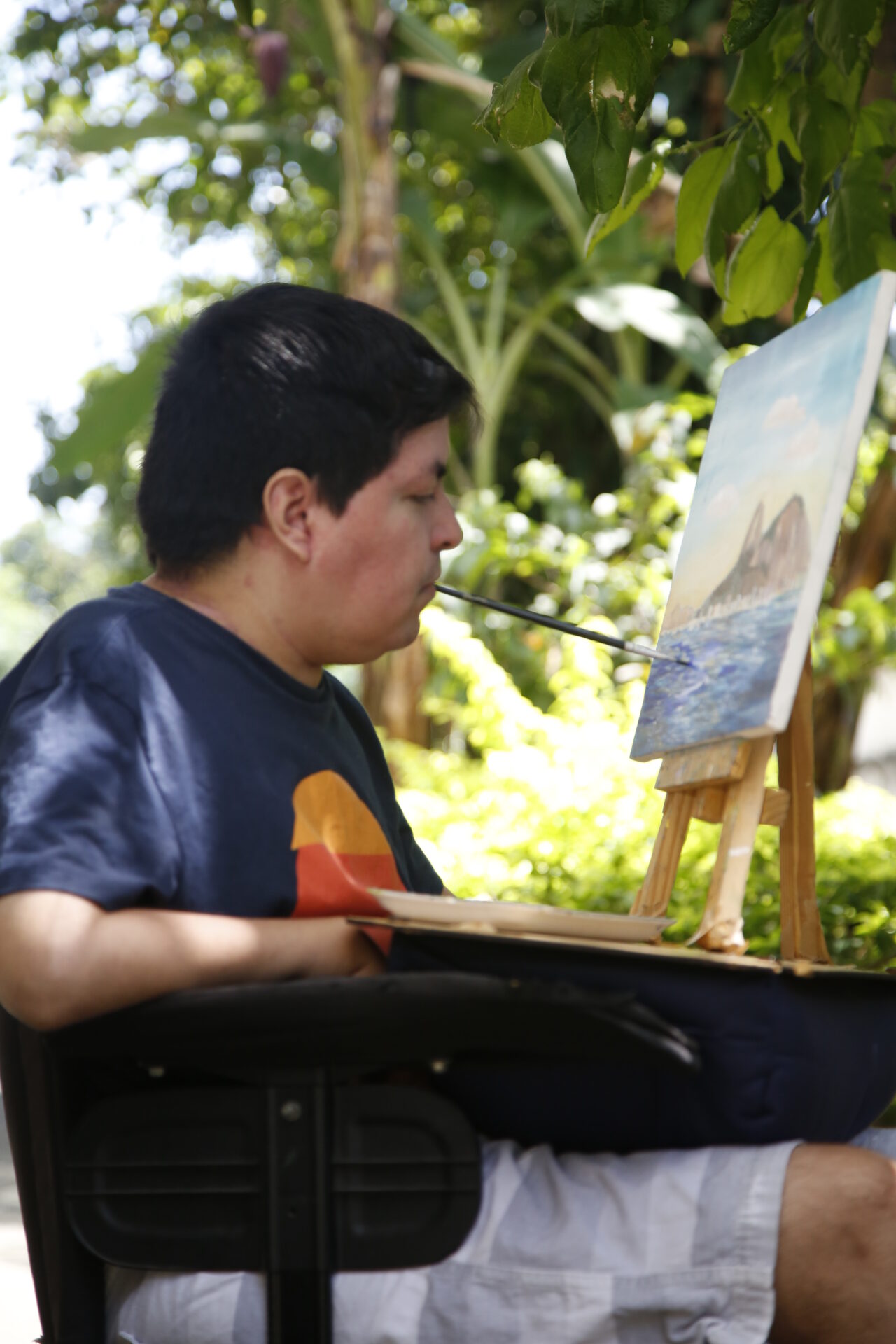 Born on 23 July 1986 in Rio de Janeiro. One day when he was 15 he went to the beach with friends and decided to dive into the sea from the "Arpoador". He miscalculated the distance and hit his head on a rock, fracturing his fourth cervical vertebra. Thus he became tetraplegic. In addition to the paralysis of his limbs he was unable to speak or breath without mechanical aid. In the course of occupational therapy at "ABBR" (a Brazilian charity organisation involved in rehabilitation programmes) he began to paint with his mouth in 2003. He drew his first lines and sketches with a pencil. Later he created paintings in gouache and acrylics. He has participated in various exhibitions. Several newspapers have published articles on the artist's work.