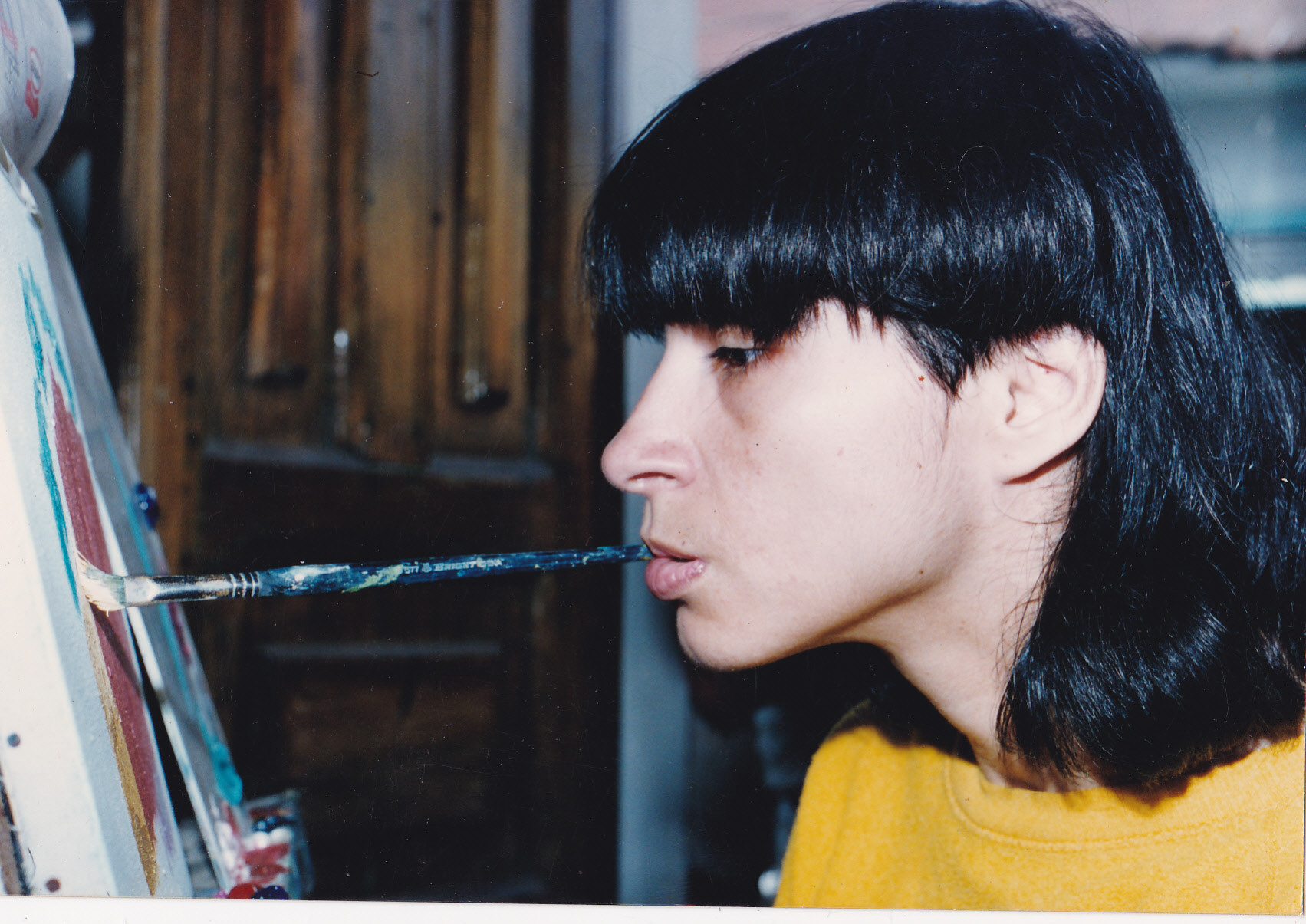 Ms. Najera Carazo was born prematurely at 6 1/2 months on 7 November 1960 in Guatemala City, suffering brain damage which caused paralysis of her upper and lower limbs. In 1979 she spent 1 year at the childrenÔs hospital in Denver, Colorado/USA, for further treatment. Back in Guatemala, she studied clinical psychology at university. Already as a child she was very interested in painting. Ms. Najera Carazo received private tuition and has contributed to many exhibitions.