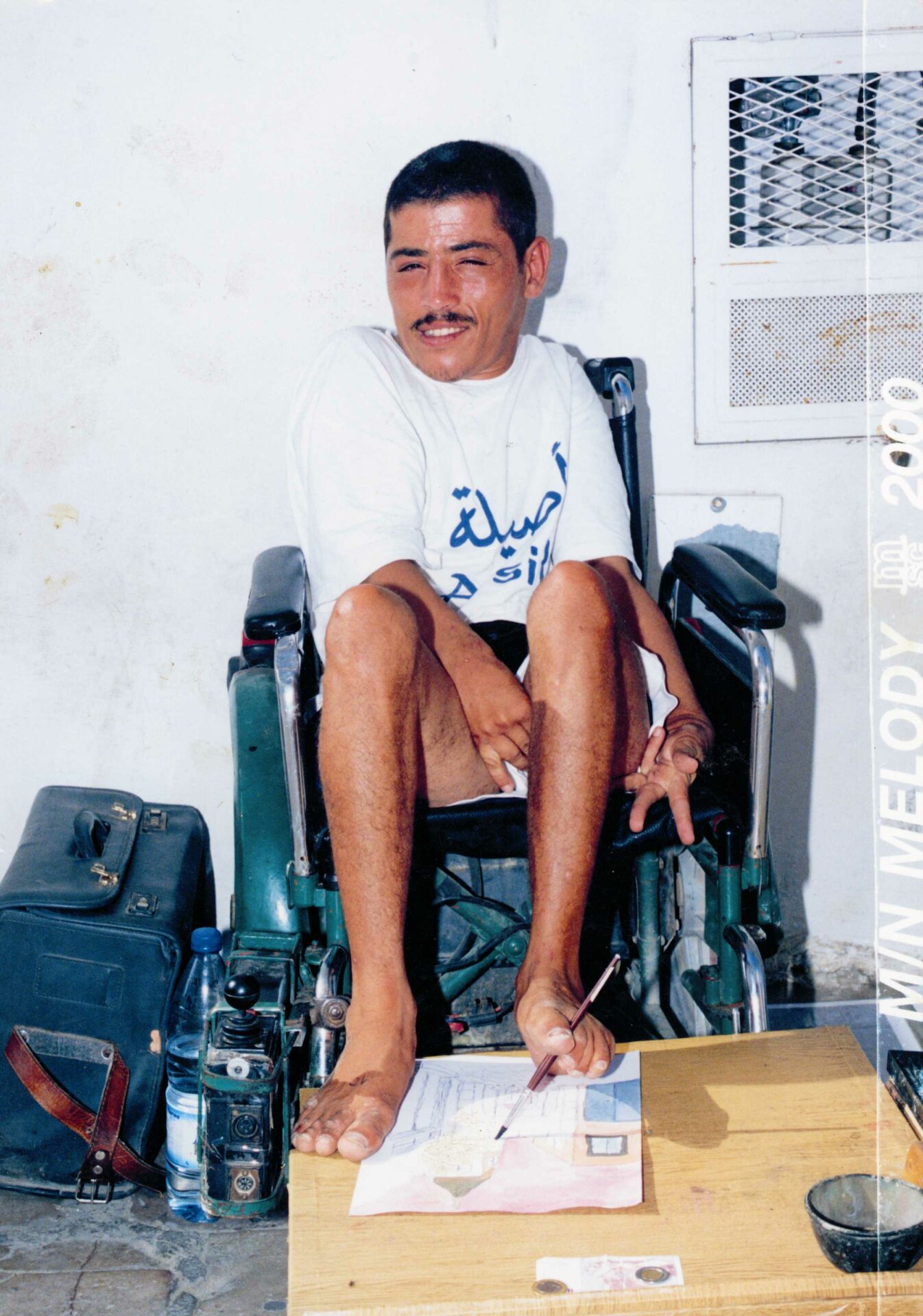 Born on 26 August 1975 in La Marsa. Since birth he has been suffering from a motoric disability in conjunction with spasticity and is therefore unable to use his arms. At the age of 10 he began to paint and draw with his left foot. From 1989 to 1993 he received private tuition and attended an art school in La Marsa. The artist prefers motifs from his home country.