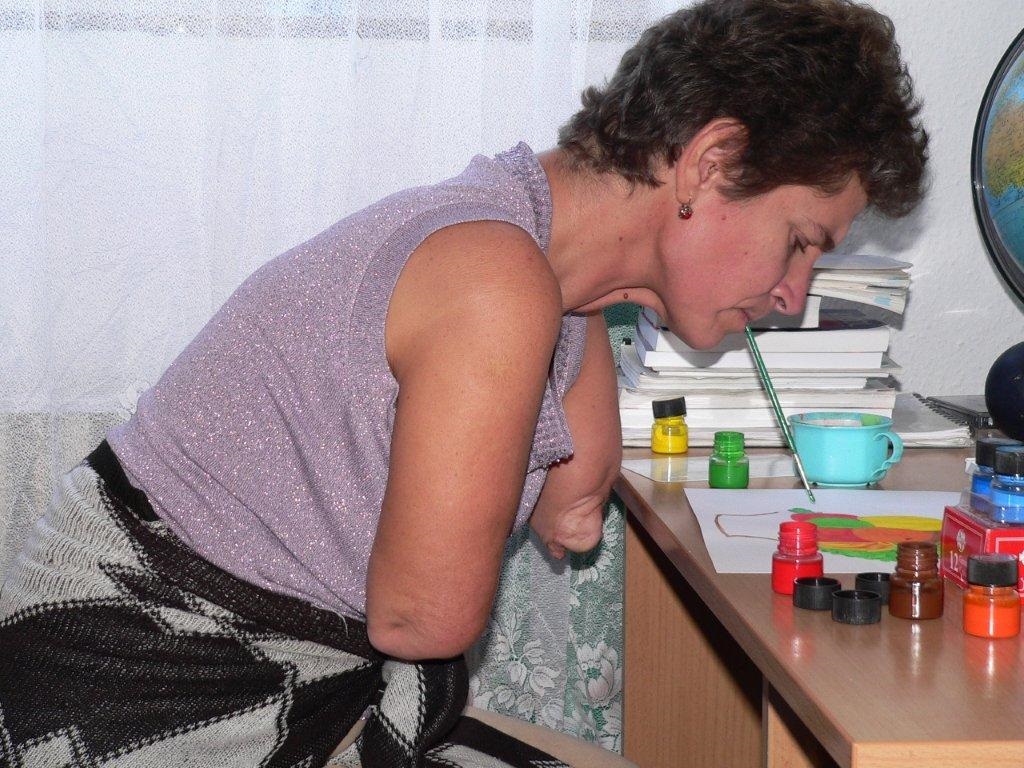 Istvánné Nagypál was born on 5 January 1961 in Szeged, Hungary. Since her birth, she has suffered from a growth anomaly, whereby a portion of each arm, from the lower third of the upper arm downwards, is missing. In addition, she suffers from clubfeet (the congenital absence of toes), which creates considerable problems for her when walking. Despite these circumstances, she completed primary school, successfully took her school-leaving examination at the grammar school, and also passed the vocational matriculation examination at the Higher Vocational School of Political Economics (1986). In 2009, she completed a training course to become a social worker. In November 2011, she began to get interested in mouth painting. Teaching herself, she was very soon able to make progress in her art. The gorgeously coloured motifs of her paintings testify to her artistic talent.