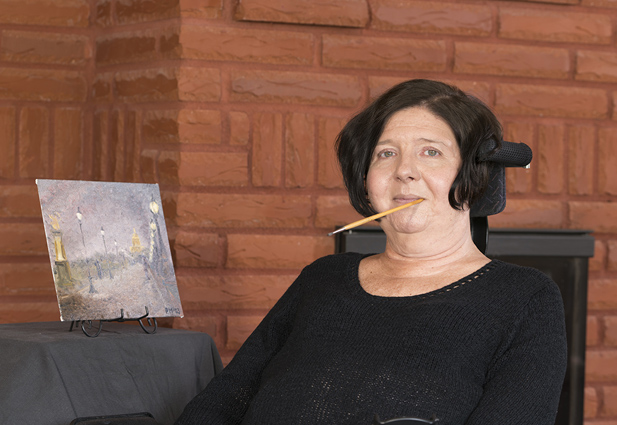 Born on 17 November 1966 in Helsinki. 1990 Degree in computer science. In 1992 she was hit by a truck and has been paralysed from the neck down (C4/C5) ever since. Although Ms. Mustalahti spent several months in a rehabilitation centre, her condition remained unchanged. Already before her accident she was involved in painting and wanted to continue despite her handicap. The artist mainly does water colours, but also likes to draw in Indian ink and to paint on china. From 1994 to 1995, the mouthpainter attended the Open University in Helsinki to study history of art.