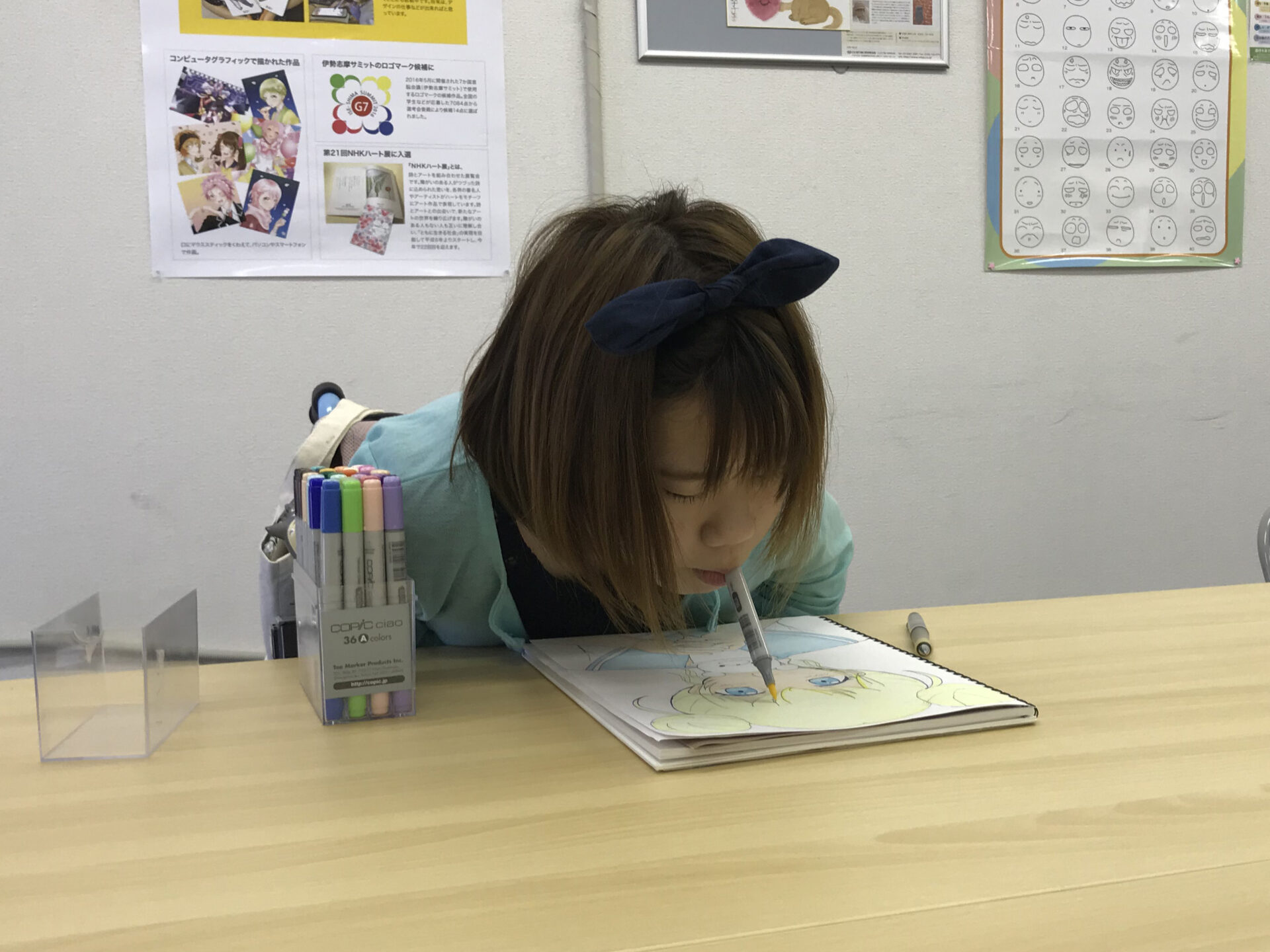 Kaori Mushika came into the world prematurely on 2 February 1999 in Aichi Prefecture. When she was four months old, a doctor noticed that she could not move her arms or her legs. Arthrogryposis multiplex congenita was diagnosed. In primary school, she attended special remedial classes for six years. She completed her subsequent school years in a school for disabled children in Hokusei-Kirara Gakuenn. After finishing school, she found work in a care home. She has a class 3 official computer degree. She operates the computer with a pen which she holds in her mouth. Her work includes organising prospects for events and scheduling work hours in the shift table as well as other activities. She has been interested in design and painting since childhood. While still at school, she drew pictures and designed patterns with the help of a smartphone. In 2016, she took part in a competition to design the logo for the 42nd G7 summit (Ise-Shima Summit) and she won a prize. Last year, a helper at an exhibition in Yokkaichi City, where she now lives, made her aware of the association. She hopes that being accepted into the association will make it possible for her to live independently in the future. She is still constantly practising her drawing. The VDMFK is supporting her and provides her with art supplies. She does not yet have enough experience in drawing, but she would like to become an artist who has lots of ideas, still studies hard and can paint using a variety of techniques.