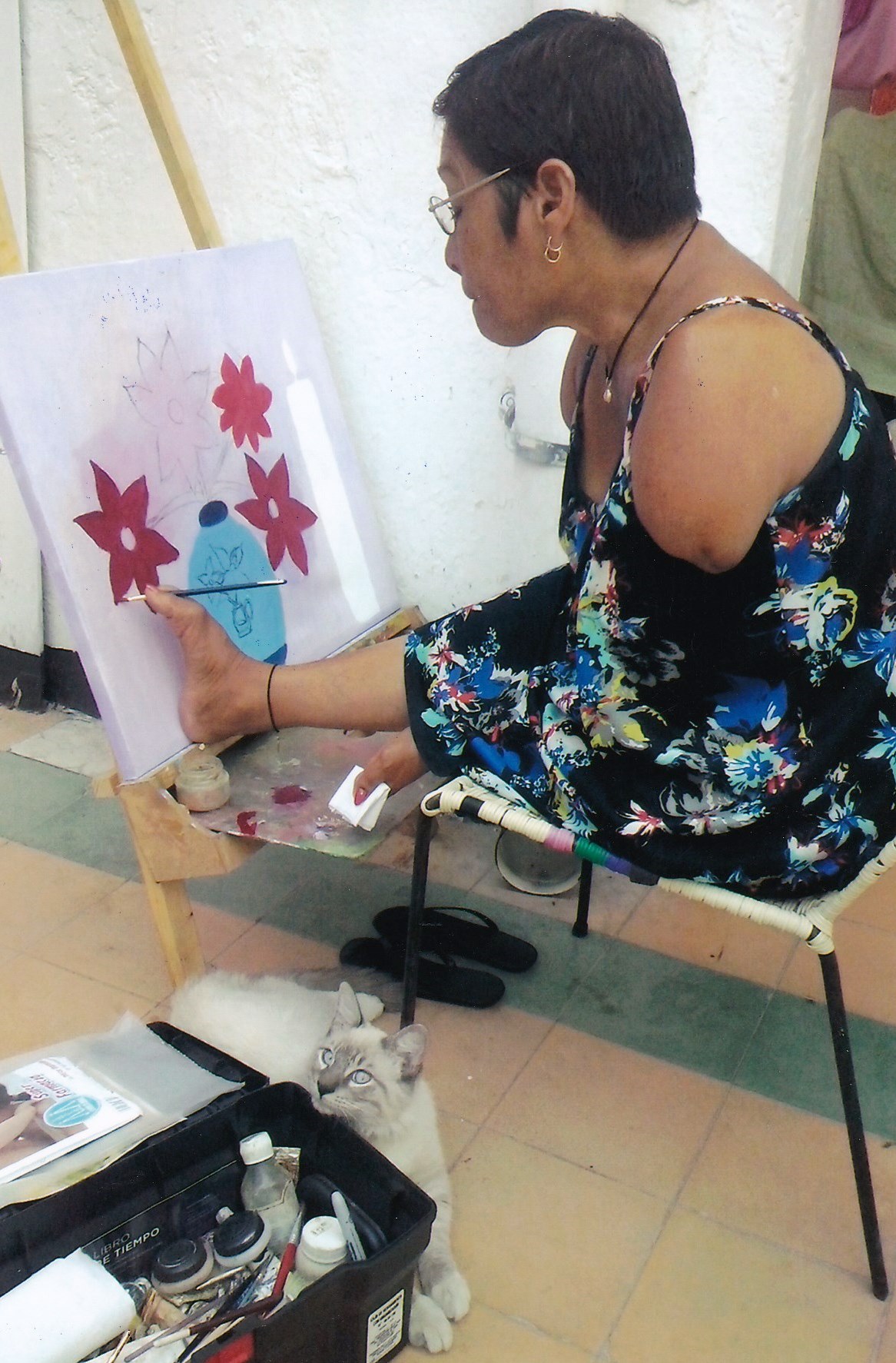 Maria Trinidad Murillo Herrera was born without arms on 1 June 1958 in Huimanguillo, Tabasco, Mexico. She first began to walk aged ten, as her feet are at knee-height. Her mother began to massage them. Little by little, she began to crawl by herself and thus she learned how to walk. Step by step, her ideas opened up and she began to use her feet for everyday tasks. Her mother supported her in this. Then, her parents sent her to school where the teacher showed her father how she could grip a pen. She wanted to study silkscreen printing, but she did not receive any support. That is, until a cousin invited her to Guadalajara, Jalisco. There, she met Ixmael Martinez Ibarra. He told her about how he painted with his mouth because he is unable to move his arms. He invited her to his house and said that she could also paint using her feet or her mouth. This is how she gradually began to paint. She was accepted as a student of painting at the Cabanas Cultural Institute in the city of Guadalajara. Her painting improved daily, as did her ironing, sewing and wiping as, despite her disability, she sees her life as being just the same as that of anyone else.