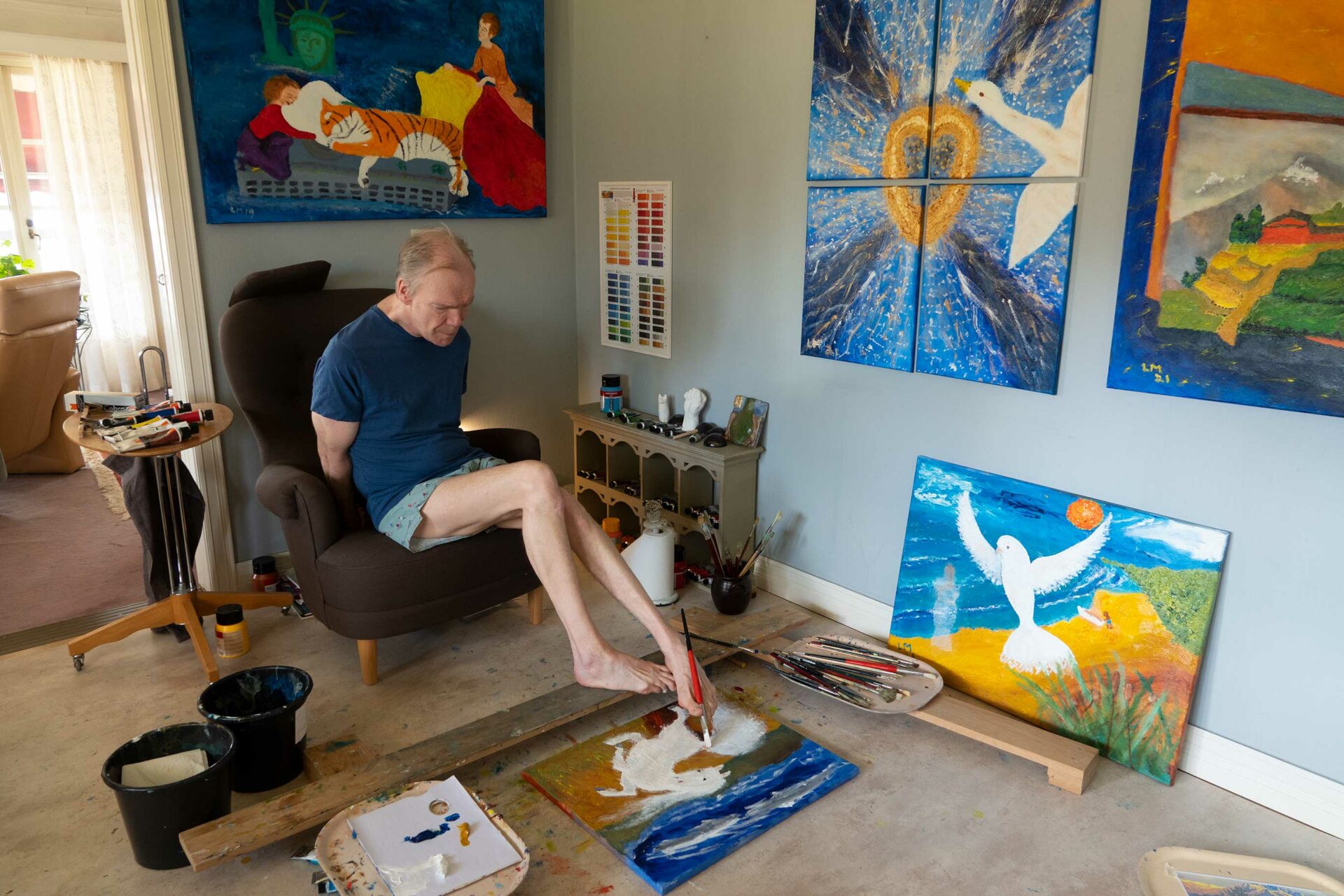 Lars Mullback was born on 1 June 1961 in Karlsborg. It was a complicated birth, and lack of air led to cerebral palsy. When he was one-and-a-half, Lars Mullback was housed in a facility for the physically handicapped. At preschool age, he stayed there for three months of the year, and in the first three years of school, he attended the facility full-time. Thanks to social reforms in Sweden, Lars Mullback became one of the first severely handicapped people to be allowed to attend a regular school. His childhood dream had been to become a film director, so at the age of 20, he applied for the only courses in film directing available in Scandinavia at the time, but he was turned down due to his handicap. In the ten years that followed, he sat the entrance exam every two years until, in 1989, he was finally accepted. In 1997, he made a film about Sweden’s services for the disabled, and unearthed its faults. Since 2015, at least sufferers of cerebral palsy have a legal right in Sweden to receive better care. The struggle thus reformed care for the benefit of many. In 1998, Lars Mullback got married, and the couple moved to the country where they bought horses and founded an institution for people with cerebral palsy which provides around-the clock care and medical support. Since 2018, Lars has painted in his spare time. His ambition and goal is to have more time to himself. He runs an art gallery in Göteborg to get to know the world of art.