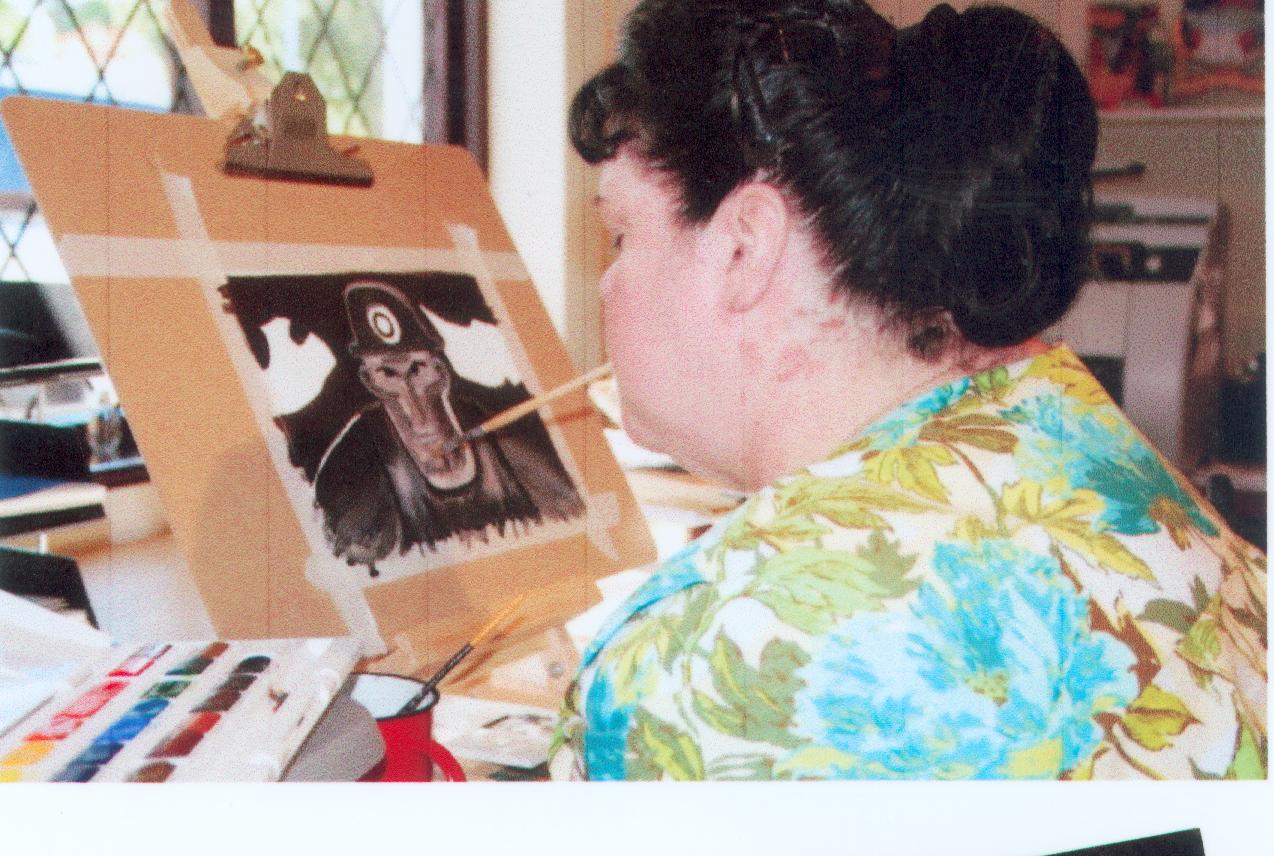 Rosaleen Moriarty-Simmonds was born on 6 December 1960 in Cardiff (Wales). Due to the medication Thalidomide, she does not have functional arms and legs (phocomelia). After her academic education, and training in business management, she was the first disabled student to attend the University of Cardiff. She completed her psychology degree with a distinction. In 1974, she dared to take the step into mouth painting, and found immediate enjoyment in it. Although she took art as an examination subject at school, she is primarily seen as self taught. In 1995, she founded the "RMS Disability Issues Consultancy", to offer valuable training in the area of disability issues and equality. In June 2007, Rosie completed her autobiography "Four Fingers & Thirteen Toes", and published it in 2009. Rosaleen Moriarty-Simmonds is passionate about dealing with disability issues. She is active in many disability organisations, and has worked with numerous organisations on a local, regional and national level, including the Commission for Equality and Human Rights. You can often hear her as a speaker at conferences, in book clubs, schools and evening events. Rosaleen Moriarty-Simmonds is a presenter on Able Radio (an online radio station). She also works as a freelancer for BBC Radio Wales. She currently has the task of presenting four programmes under the title "Rosie's World", which were broadcast there in the summer. Recently, she has also become interested in acting. She has already taken part in three readings of the "D-Monologues" by Kaite O'Reilly. Her most recent project was a unique version of the Greek comedy "The Birds" by Aristophanes, in collaboration with the Unusual Stage School. The paintings of the artist show a wide repertoire of motifs, from flowers and landscapes, right up to colourful animal themes.