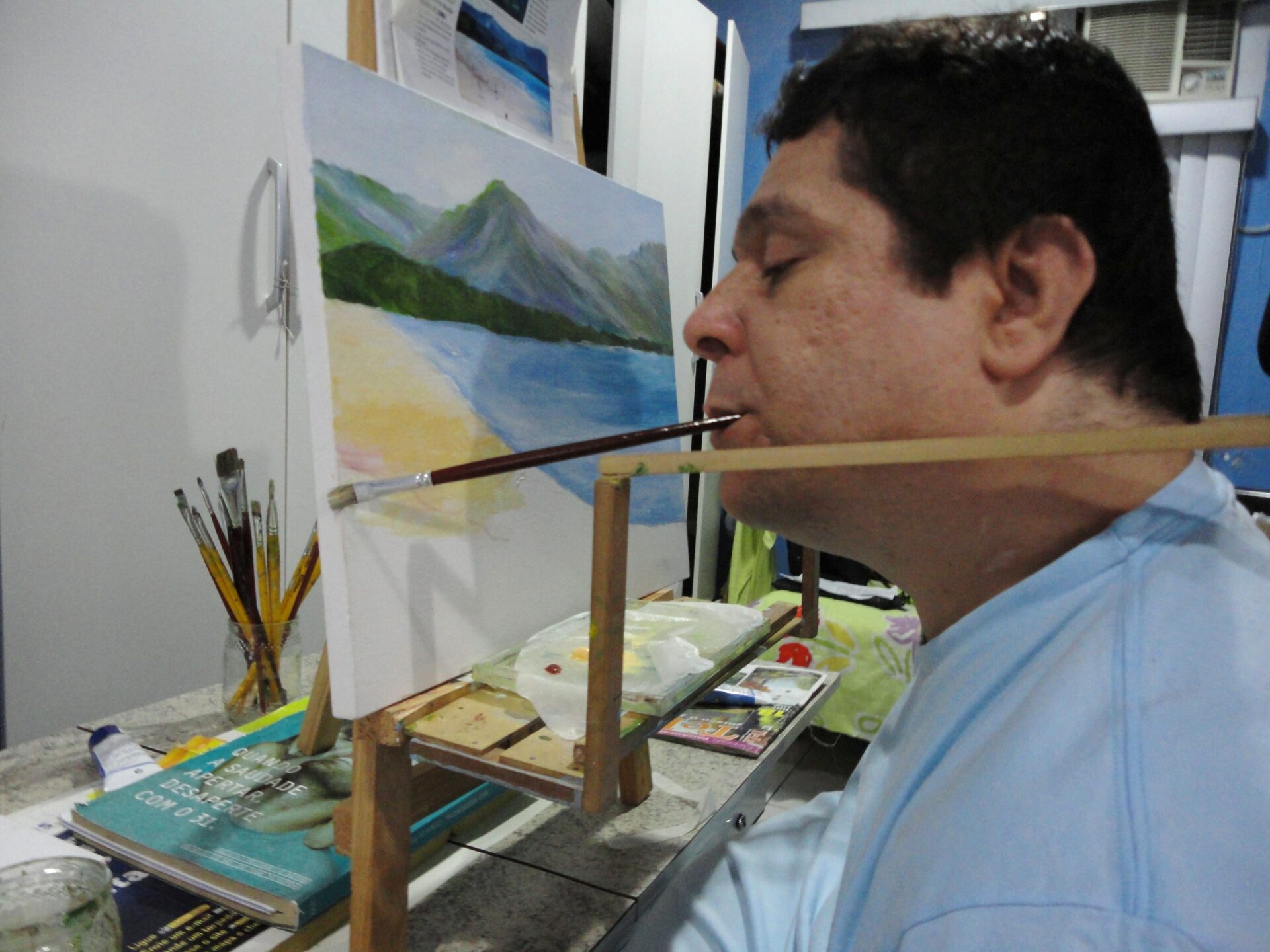 Eduardo Moreira de Melo was born in Rio de Janeiro on 23 May 1972. In the year 2003 he worked in the transport division of a company. On weekends drivers were employed who were in charge of the transport of a group of dancers for events. 10 May 2003 was the day that was to fundamentally alter his life. When driving away in the car he was shot in the neck and became tetraplegic. While still in the ICU and after ten days in a coma, he underwent the first surgery and a titanium plate was implanted between his C4 and C7 vertebrae, because the bullet had destroyed the fifth cervical vertebra; the spinal cord was damaged just from the heat of the bullet. After several weeks in the hospital and after one year of care at home he went to the ABBR institution, a Brazilian charity organisation for rehabilitation. In June 2010 he made the first attempts at mouth painting in the course of occupational therapy. For some time Eduardo Moreira de Melo has been taking private art lessons with teacher Rita de Cássia Câmara Campos. The works of the mouth painter are proof of his great dedication.