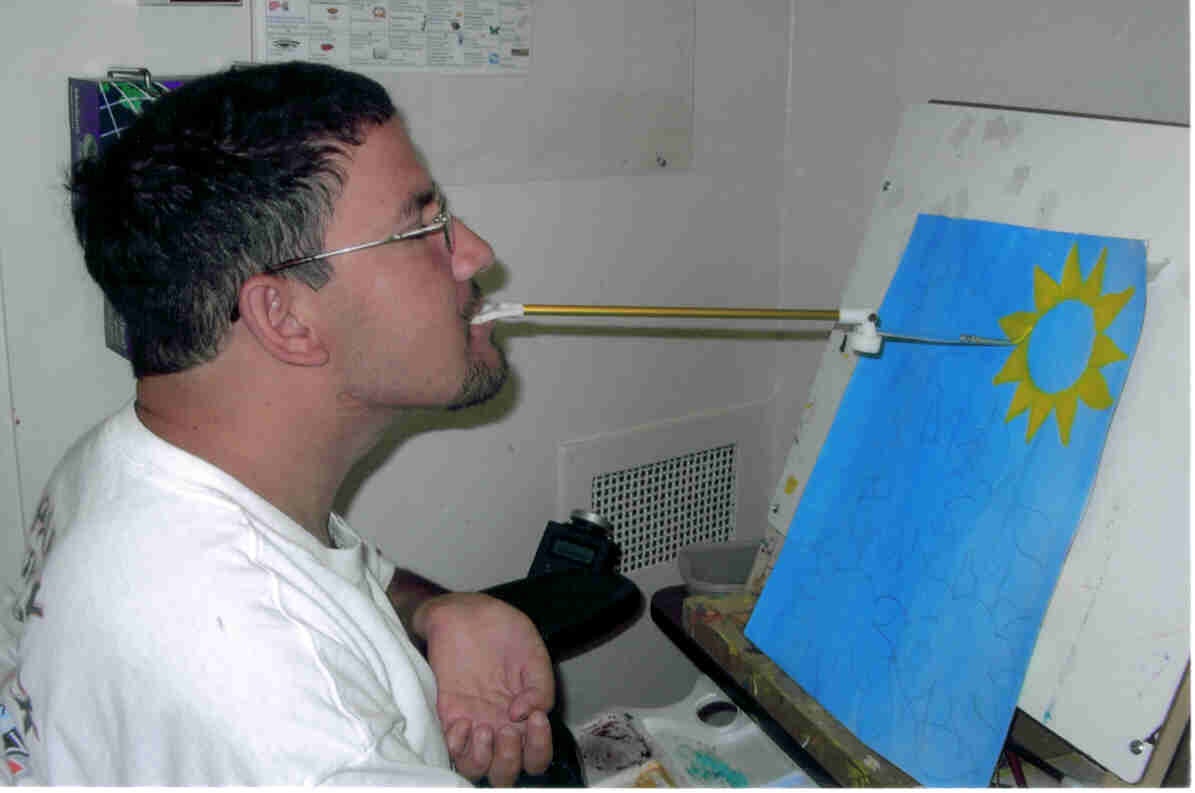 Jésus Montoya was born on 7 September 1977 in Michoacán (Mexico). In November 1998 he had a serious car accident in which he suffered a severe spinal injury that cost him the use of his arms and legs (C-5 tetraplegic). Despite everything Mr Montoya was able to receive his high-school diploma. About two years ago he made the first attempts at drawing and painting using a mouth stick. A short time later he started to take regular painting lessons and became very fond of painting. He spends many hours studying art on his own and practising the techniques that he has been taught.