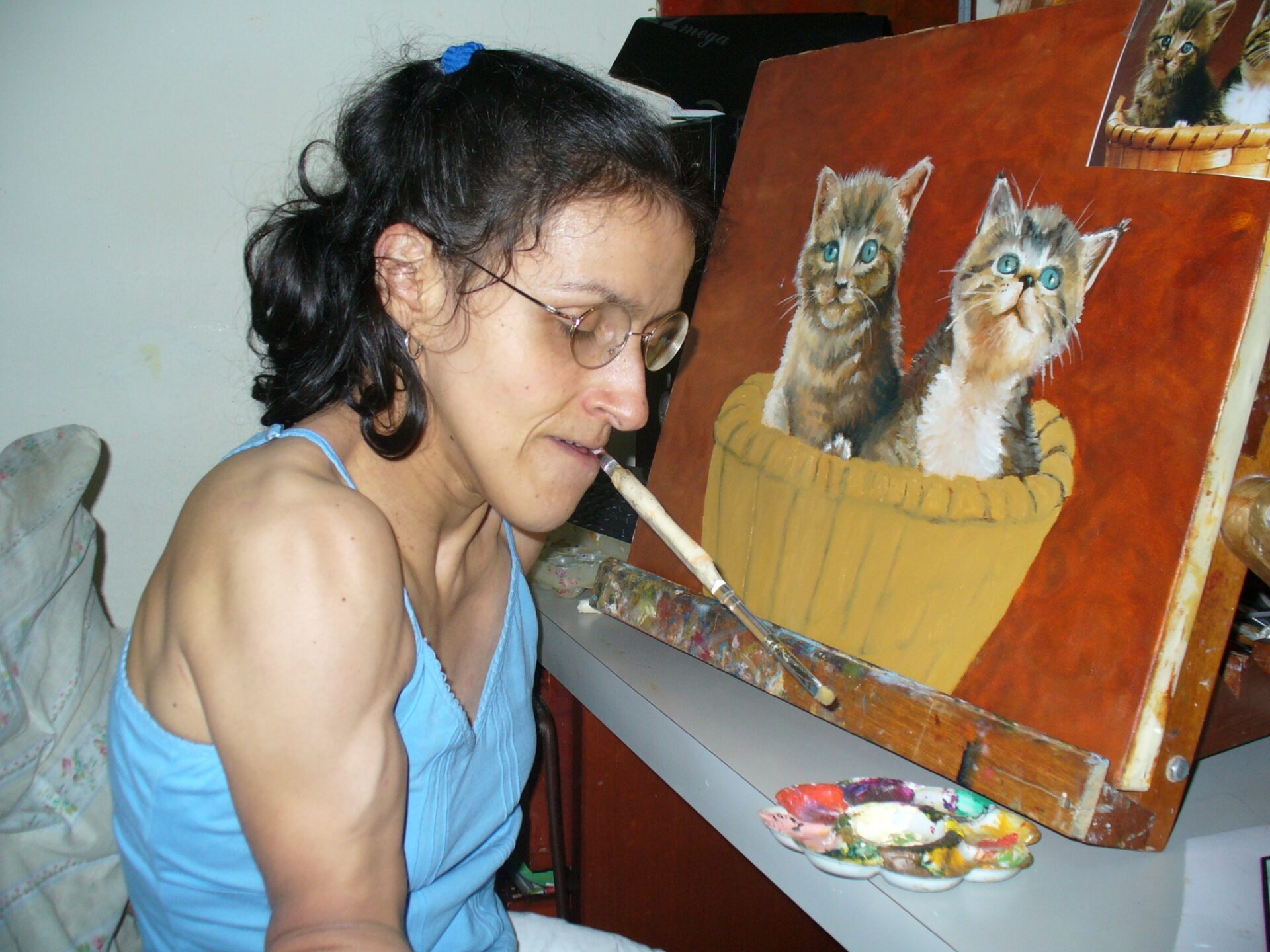 During her birth Aydee Ramírez suffered an oxygen deficit, which caused cerebral palsy and psychomotor retardation. After numerous stays in hospital she came to the Francis M. Duffi Foundation in 1981, where she attended primary school for four years. After vain attempts to write with the hand she started writing with a pen in her mouth and gradually also learned how to paint and draw with it. In 1997 she was given the opportunity to study arts at Pie de Cuesta (Santander) and learned oil painting. Since then the artist has made considerable progress.