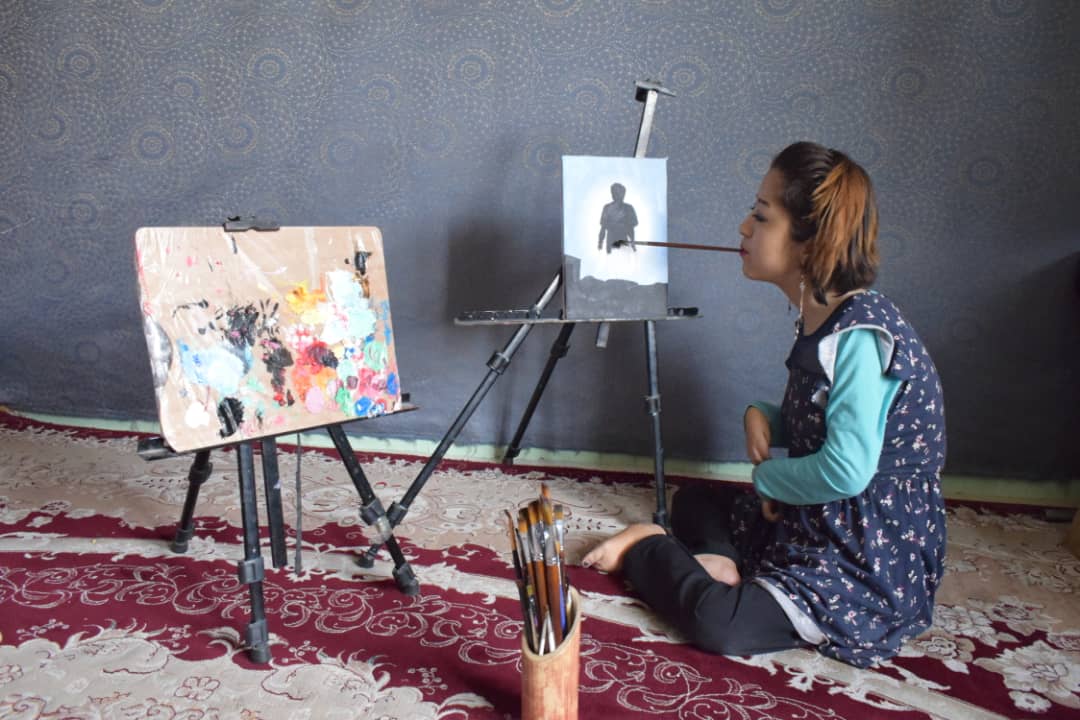 Robaba Mohammadi was born in Malistan, Afghanistan, on 30 September 2000. Shortly after her birth, her parents noticed that she was unable to move her arms or legs. In 2003, her entire family travelled to Kabul in the hope that Robaba might receive treatment from doctors and hospitals. Unfortunately, their hopes were dashed. After a serious fall, Robaba did not leave the house for a long time. She spent many years alone at home and watched how her siblings greatly enjoyed going to school. With the help of her younger sister, she learned the alphabet, put a pen in her mouth and began to write. She decided to take up painting in mid-2015. Robaba began painting without guidance or a teacher and devoted many hours to her drawings. But it took her about a year and a half to find friends and followers in the virtual world and for her career and paintings to appear in many national and international media outlets. Robaba wants to set up a support group to help Afghan women with physical disabilities and promote their talent.