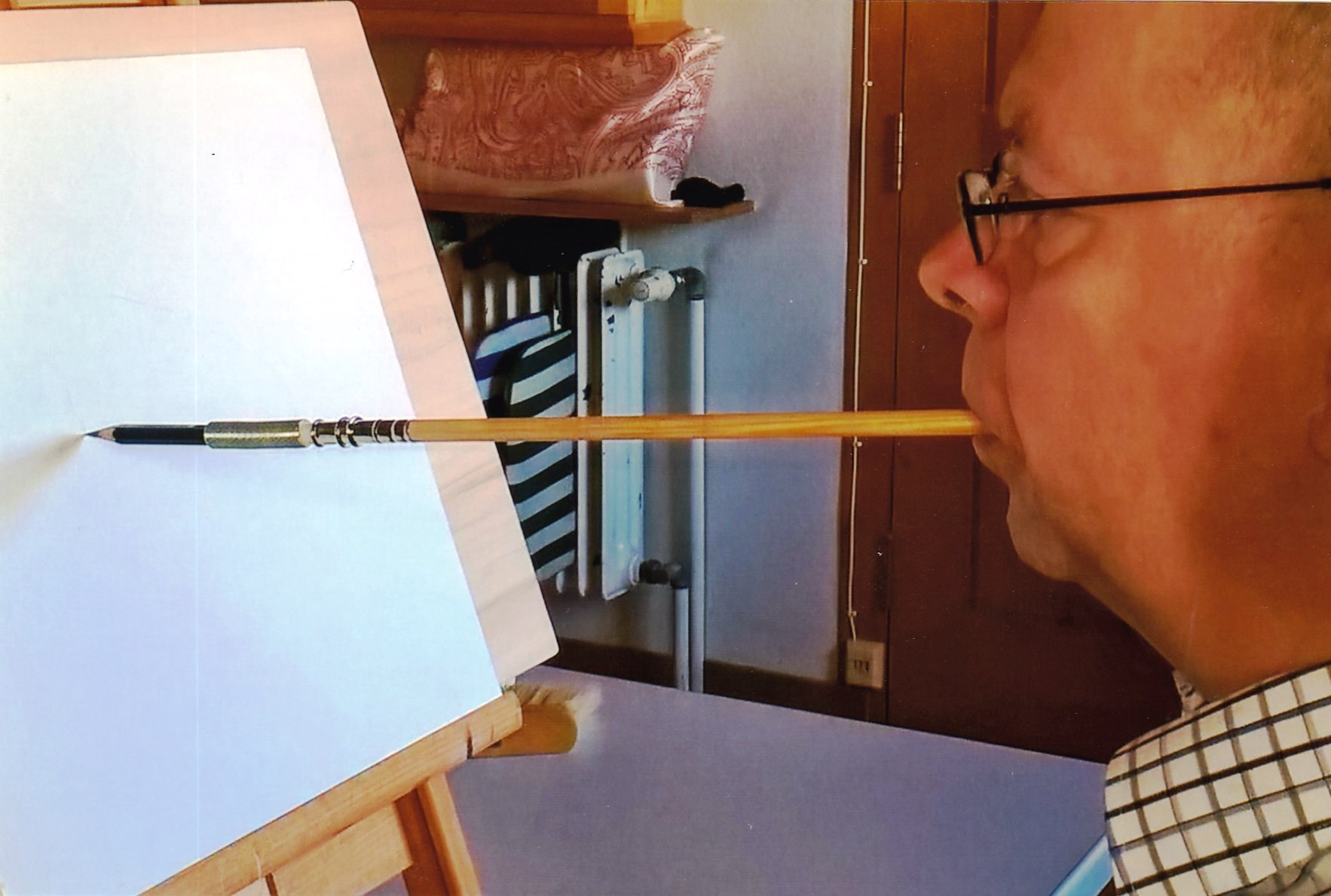 Werner Mittelbach was born on 30 September 1959 in Augsburg. After completing secondary school, he started an apprenticeship as a carpenter. During a medical examination in 1975, muscle weakness of his trunk was identified. After completing his apprenticeship and obtaining his master's certificate, at the end of 1984 for health reasons he had to give up his work and claim disability benefit. In 1991 he was diagnosed with genetic spinal muscular atrophy (SMA). Until the end of 2016 Werner Mittelbach painted and drew by hand. Over the years the strength of his arms and the mobility of his hands and fingers steadily deteriorated, and therefore from December 2016 he began his first attempts at mouth painting. Since then he has only been able still to paint with his mouth. For a number of years Werner Mittelbach has had a voluntary involvement with an audit group that works together with the district administration in Augsburg to advise the municipalities in the administrative district on the subject of accessibility when planning and building roads and public buildings. He prefers a mixed technique for his varied motifs.