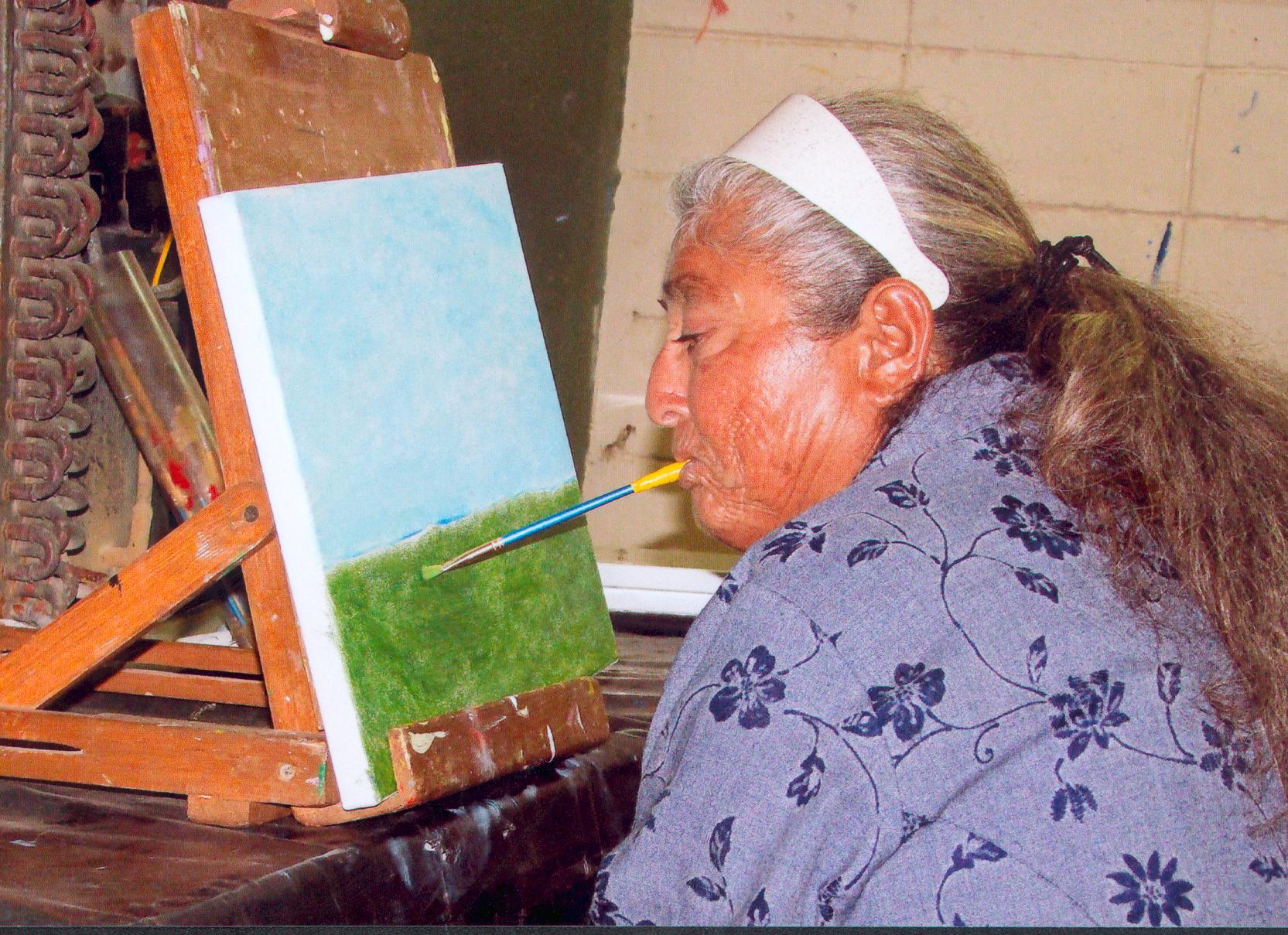 Rosario Elena Millan was born on 18 August 1955 in Los Mochis, Sinaloa. When she was only 8 months old, Rosario Elena caught an infection of the nervous system that left her with cerebral palsy. As a result she is unable to walk or move her body in a coordinated manner. She needs a wheelchair. Over the years Rosario Elena Millan wanted to contribute to the family income and one day bought some sweets in order to sell them on the streets of the city while sitting in her wheelchair. Gradually her dedication helped her to become quite self-confident and consequently to lead a more independent life. At the suggestion of VDMFK student member Lidia de Jesús Cháidez López (mouth painter) she began to paint with the mouth in 2007 and take lessons with Lidia in order not to have to work on the street anymore. At first mouth painting was difficult for Rosario, as she was unable to coordinate the movements of her body, but over time she found out that she was good and made great efforts in order to learn. With a lot of practice she improved her mouth painting skills. In the meantime the artist paints using diverse techniques such as watercolours, oils, acrylics, pastels. Rosario Elena Millan was able to present her works to the public at several group exhibitions.