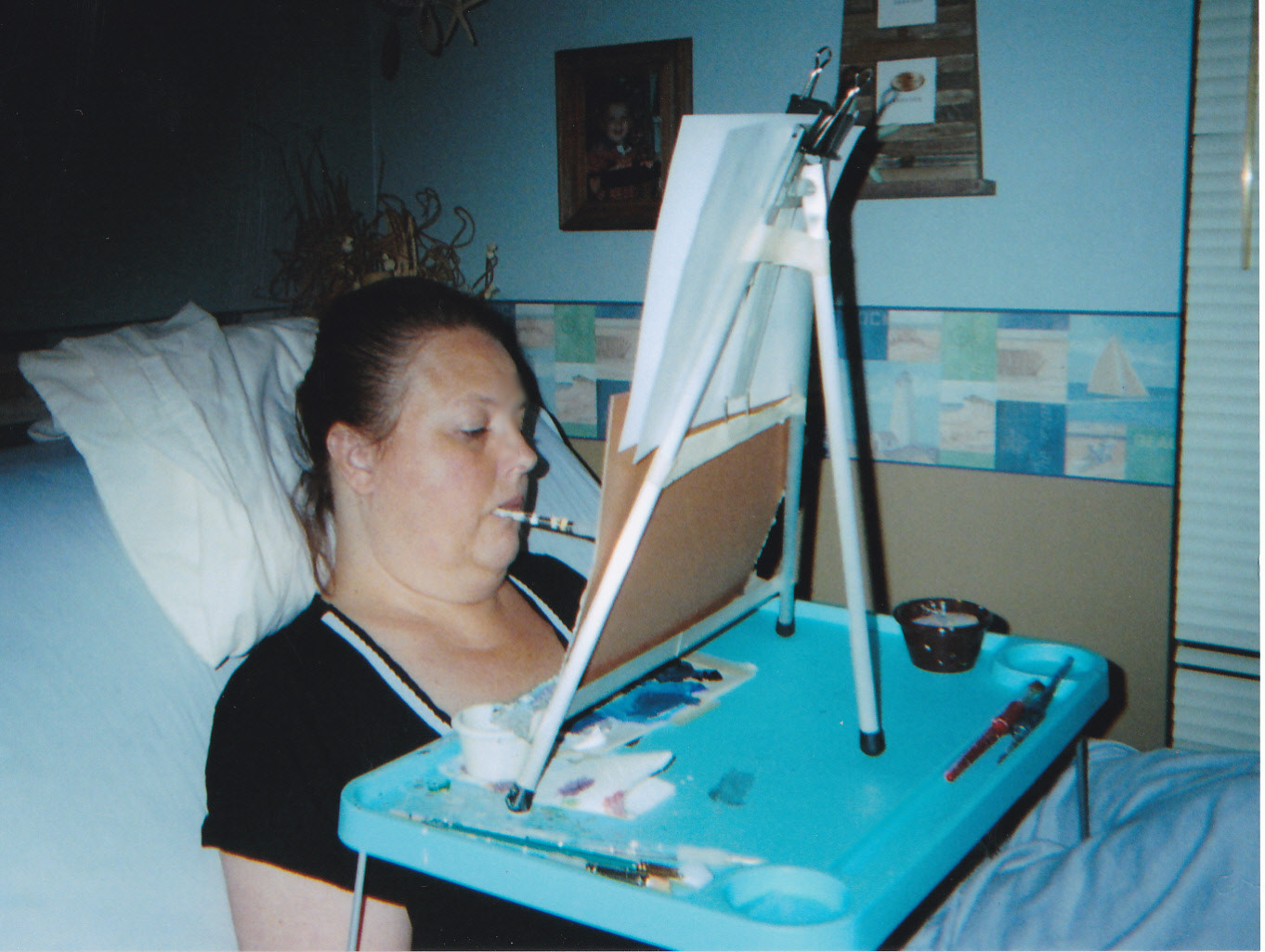 Sara May was born in Valdosta, Georgia, on 6 October 1966. She graduated from North Side High School and Westmark Community College. In 2005 she was diagnosed with progressive, recurrent multiple sclerosis. Then, in 2009, she had to give up her job because she could barely walk any longer. Since then she can no longer use her hands and arms, and she is now paralysed in all her limbs. Sara always likes to be creative. After doing some research on the topic of mouth painting, she came across the VDMFK's publisher in the United States. As a result, she opened up the path to a new career in mouth painting by teaching herself to paint in October 2013. Later on she attended the "Hendrix College Governor's School", where she was able to develop her artistic skills still further.