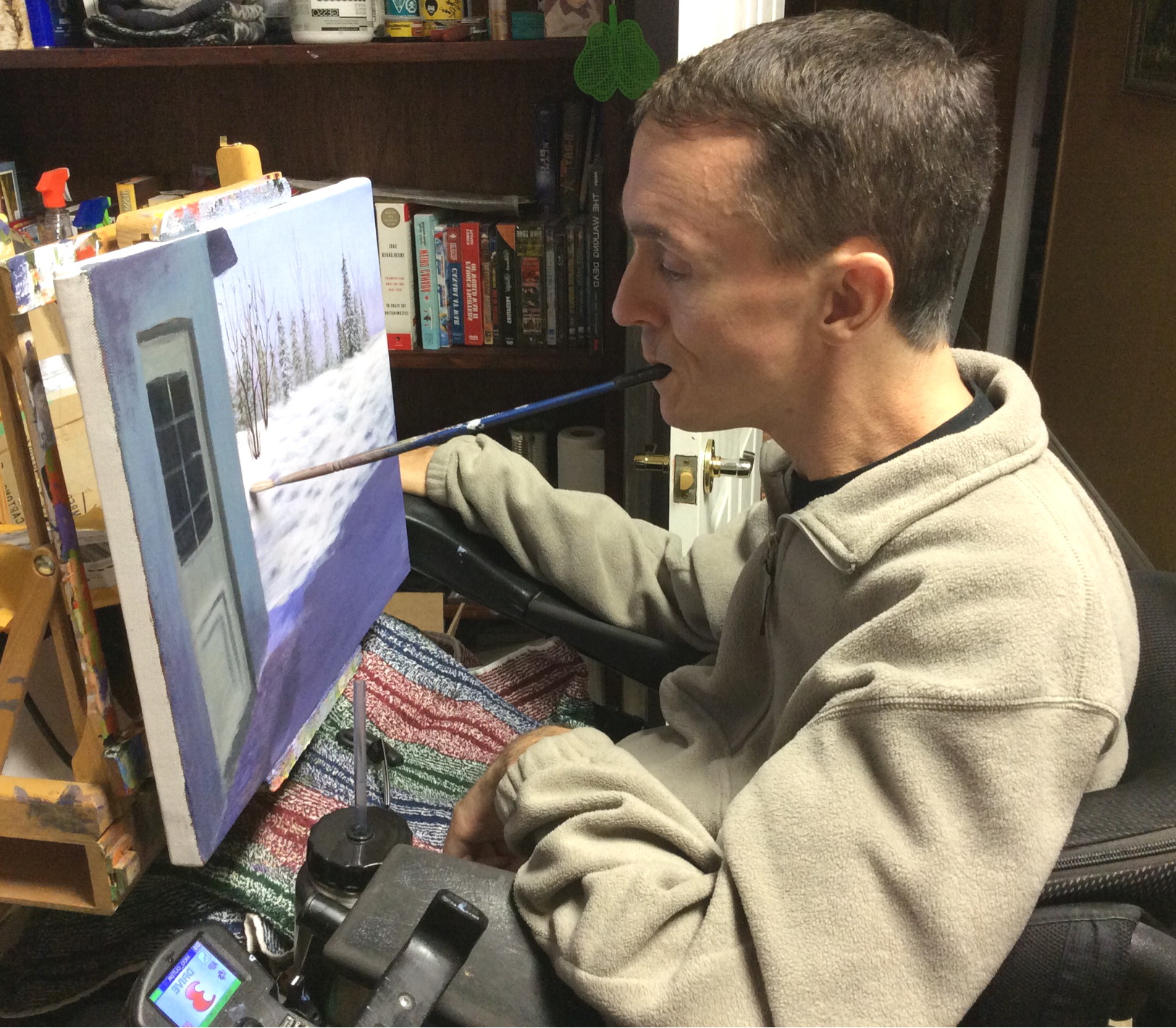 Shane Lynch was born on 11 October 1975 in Kentville, Nova Scotia. Even as a small child he loved animals and nature. At the age of five he and his parents moved to Newfoundland and he regularly went fishing with his father. Two years later he and his parents returned to Nova Scotia, where from an early age on he was taught a strict work ethic and the value of hard earned money. In June 1992, at the age of 16, Shane was involved in a car accident and suffered a spinal cord injury that resulted in tetraplegia (C4/C5). Subsequently he spent almost one year in hospital and rehabilitation. That was where he made his first painting. After coming back home Shane completed high school with distinction, taught himself how to use a computer and worked as a technical consultant in a call centre. Later he attended college and earned a diploma with distinction in business administration/accounting in 2007. In October 2009, after Shane had rediscovered the series "The joy of painting" by Bob Ross and found a great deal of information online, he decided to learn to do mouth painting. It was a difficult and frustrating start for him, but he kept on trying and soon found out how to do it. As a result he made rapid and continuous progress.