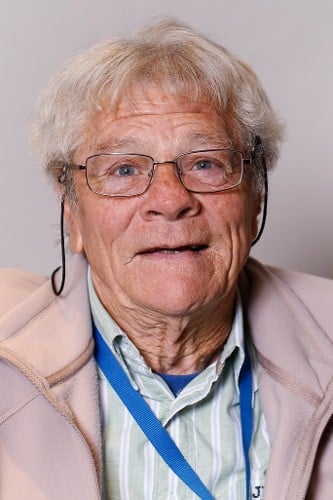 John Louw had an accident in 1967, at the age of 18, while riding his motorbike, resulting in paralysis of all four limbs. A few years later he began to paint with the mouth. He was soon able to make progress. In 1987 he received a scholarship from the Association. This allowed him to attend various art courses taught by artists of high standing. In 1993 he graduated in art and received a diploma. In 1997 he became Associate member of the VDMFK.

John Louw has a passion for scenes taken from the animal kingdom in Africa. He also likes to paint landscapes depicting his native country. His favourite techniques are oils and water-colours.

Today, John Louw lives in a small South African village called De Aor. The poverty that he saw and experienced in this region led him to establish a home for homeless children. At present, this home provides accommodation for 35 children.