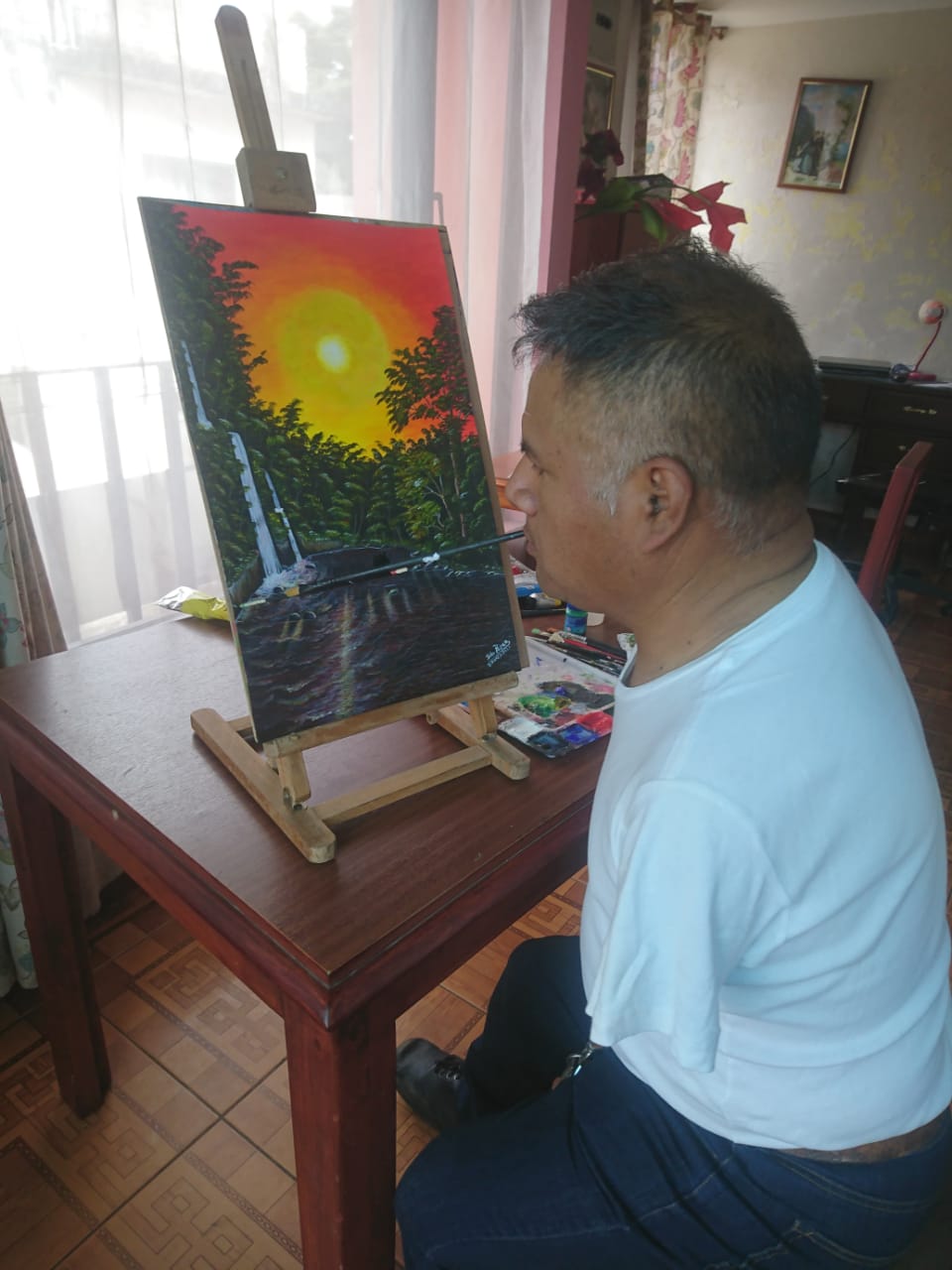 Born on 22.08.1971 in Alausi-Chimborazo ( Ecuador). On 5 October 1986 Mr Lobato had an accident where he suffered an electric shock that resulted in third degree burns. As a consequence his upper extremities had to be amputated. He attended secondary school and started to paint with his mouth at the Santa Lucia home. In November 1996 he took part in an exhibition in Germany and he has also had solo shows. Mr Lobato predominantly paints religious motifs in tempera. In addition to mouth painting Mr Lobato loves music.