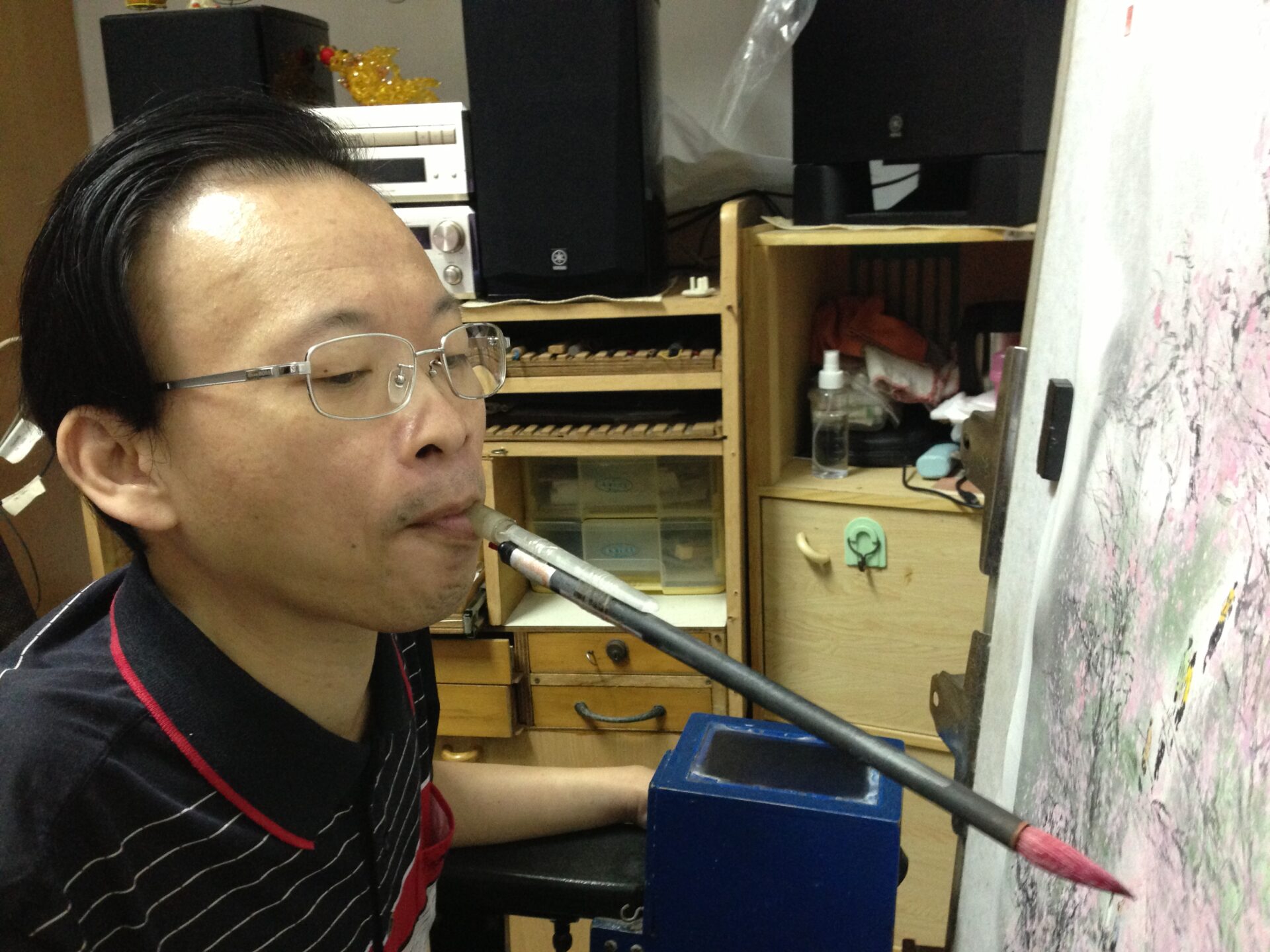 Hseng-Lung Lo was born on 5 June 1966 in Taoyuan City. At the age of six he suddenly fell ill with high fever, and belated medical attention led to spinal muscular atrophy and dysfunction of his limbs (his hands became paralysed). His mouth became his hands and he also began to paint using his mouth. The artist's favourite colours are shades of blue.