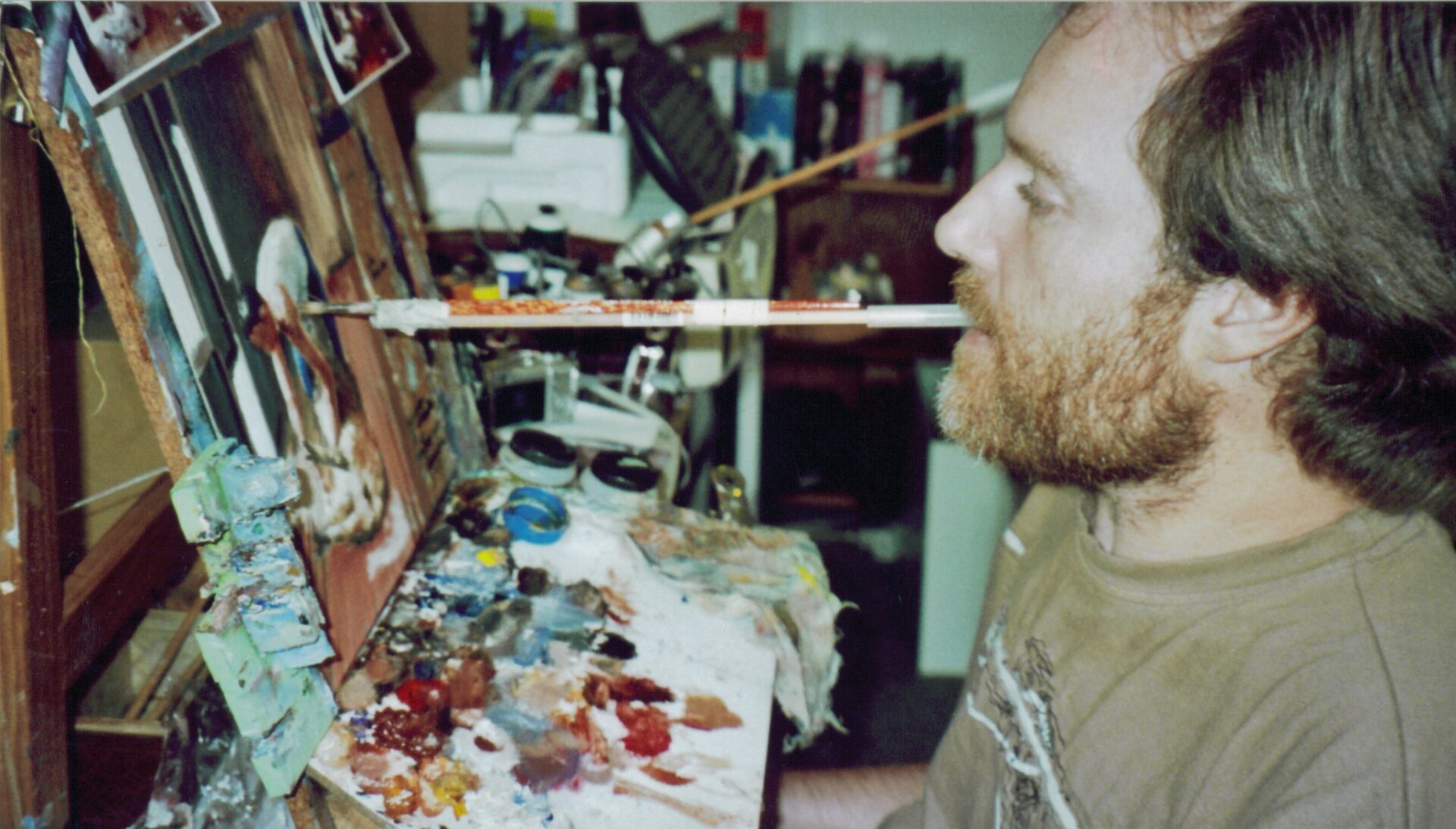 Born on 17 August 1973 in Tokoroa (New Zealand). On 14 April 1992 he had a serious motorcycle accident where he injured his cervical vertebrae C4/5 and became tetraplegic.In the spinal injury ward he made his first attempts at painting with the mouth but then gave up again. In 2003 he became involved in mouth painting as an autodidact. A short time later he found an art teacher named Jos Coufreur. He took part in an exhibition on the occasion of the Royal Easter Show in Auckland.