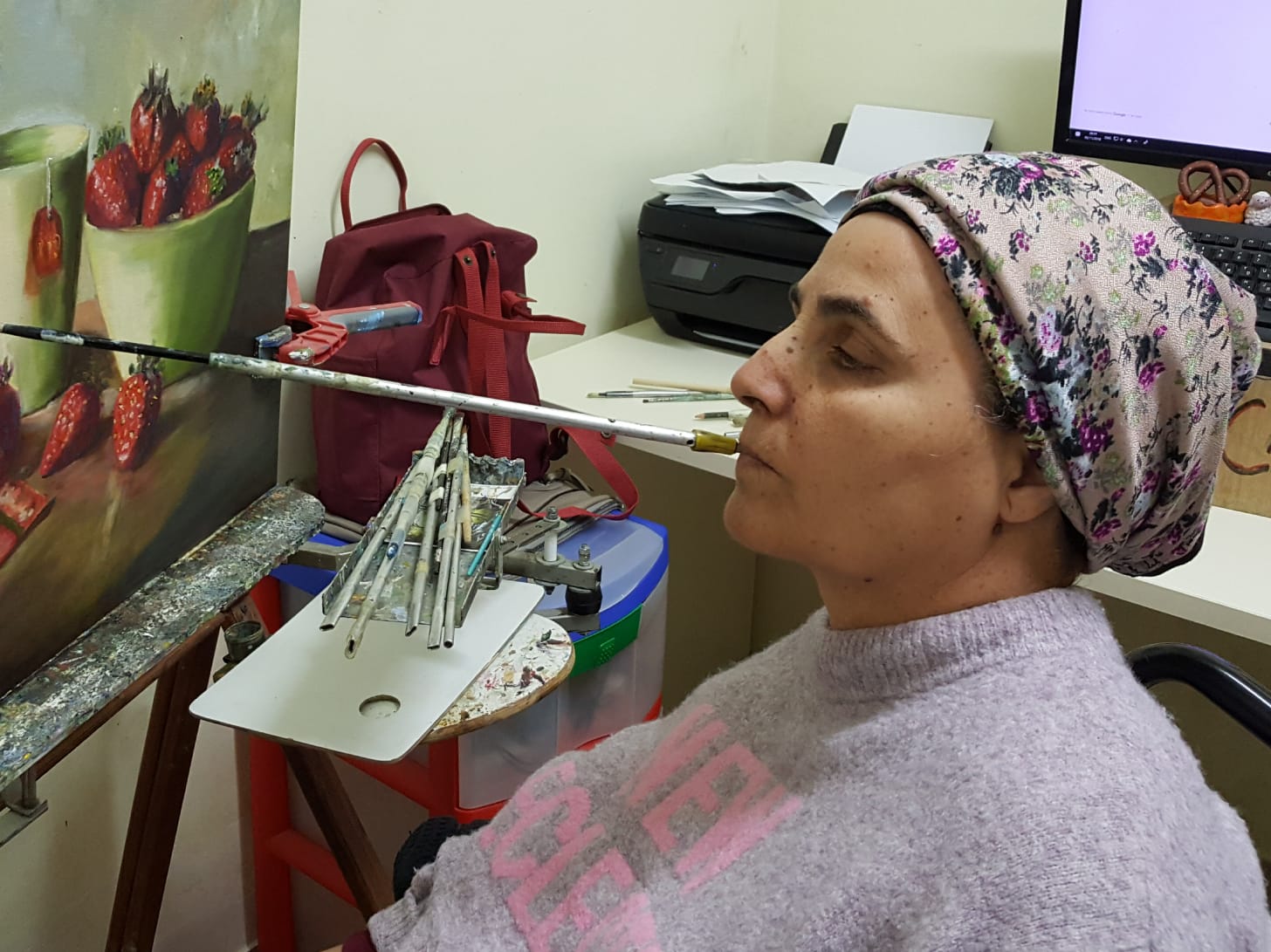 Ruth Luba Liberty was born on 13 November 1959 in Stuttgart (Germany), where she also completed her elementary school education. In 1972 Ruth emigrated with her family to Israel. Once there she and her siblings were sent to a boarding school in Natanya to complete the next part of their education. In 1973 she was involved in a swimming accident which left her a quadriplegic. All her limbs have been completely paralysed ever since and she needs a wheelchair. After her accident she returned to Germany with her family and arrived in a trauma clinic in Tübingen. A short time later she was referred to the rehabilitation centre in Neckargmünd / Heidelberg, where she lived for seven years and completed her grammar school education. Ruth returned to Israel in 1982 and began studying at the University of Tel Aviv where she was eventually awarded a bachelor's degree in social pedagogy. Despite all her difficult circumstances, she married in 1989 and is the mother of five children. She had always been interested in painting, so she started to paint with her mouth in 2008. Through self-study and with the help of the Internet she was able to steadily improve her painting skills.