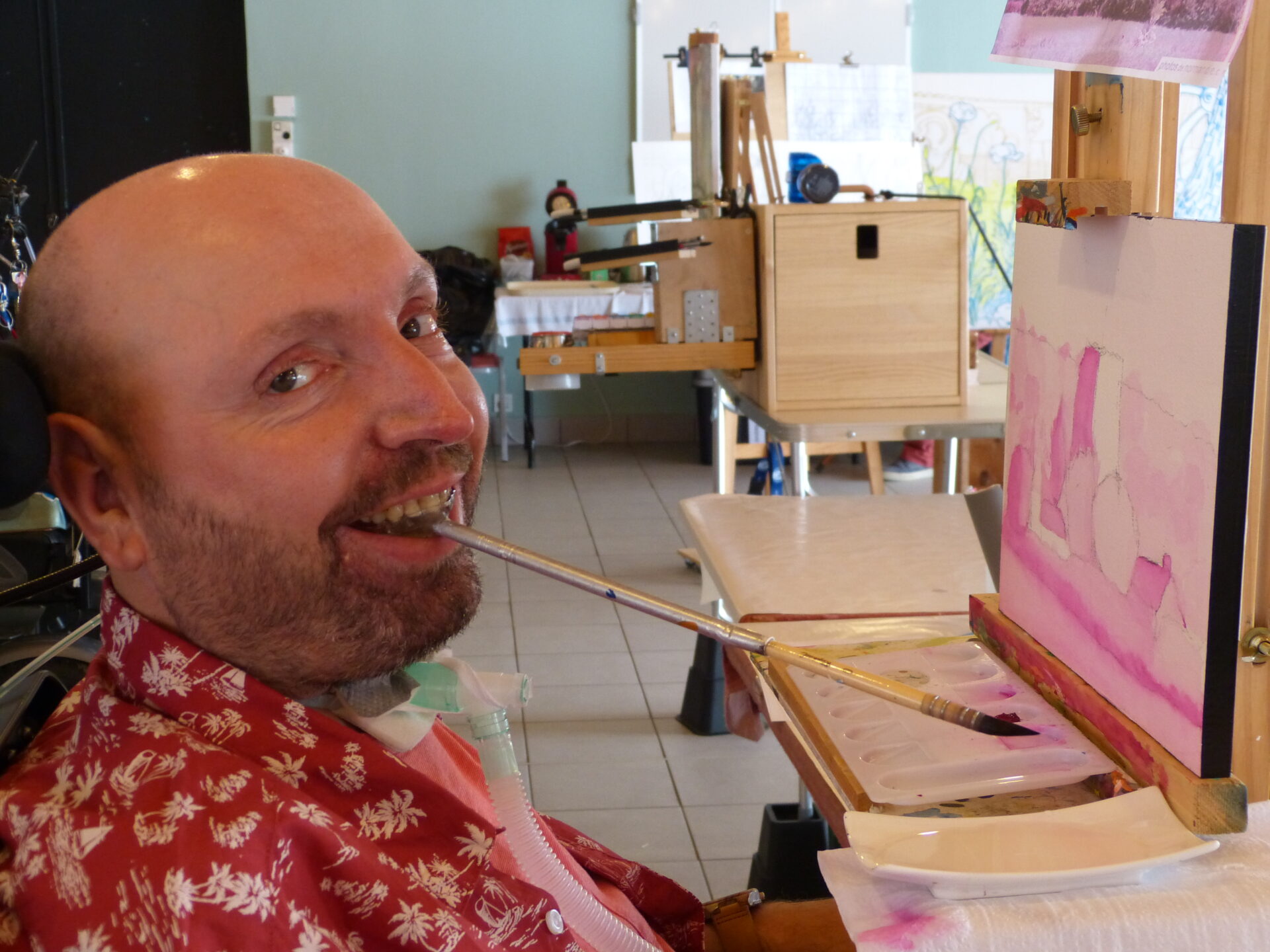 Emmanuel Le Floch was born on 27 August 1975 in Nantes (France). During an accident at work in September 2003, he suffered paraplegia, as a result of which he can no longer use his upper and lower limbs. In 2004 and 2005, he tried to paint with a brush in his mouth. Initially, he did not enjoy it, and left painting for a while. Last March, he started mouth painting again, after being spurred on by others. Since then, the artist has continued to teach himself art.