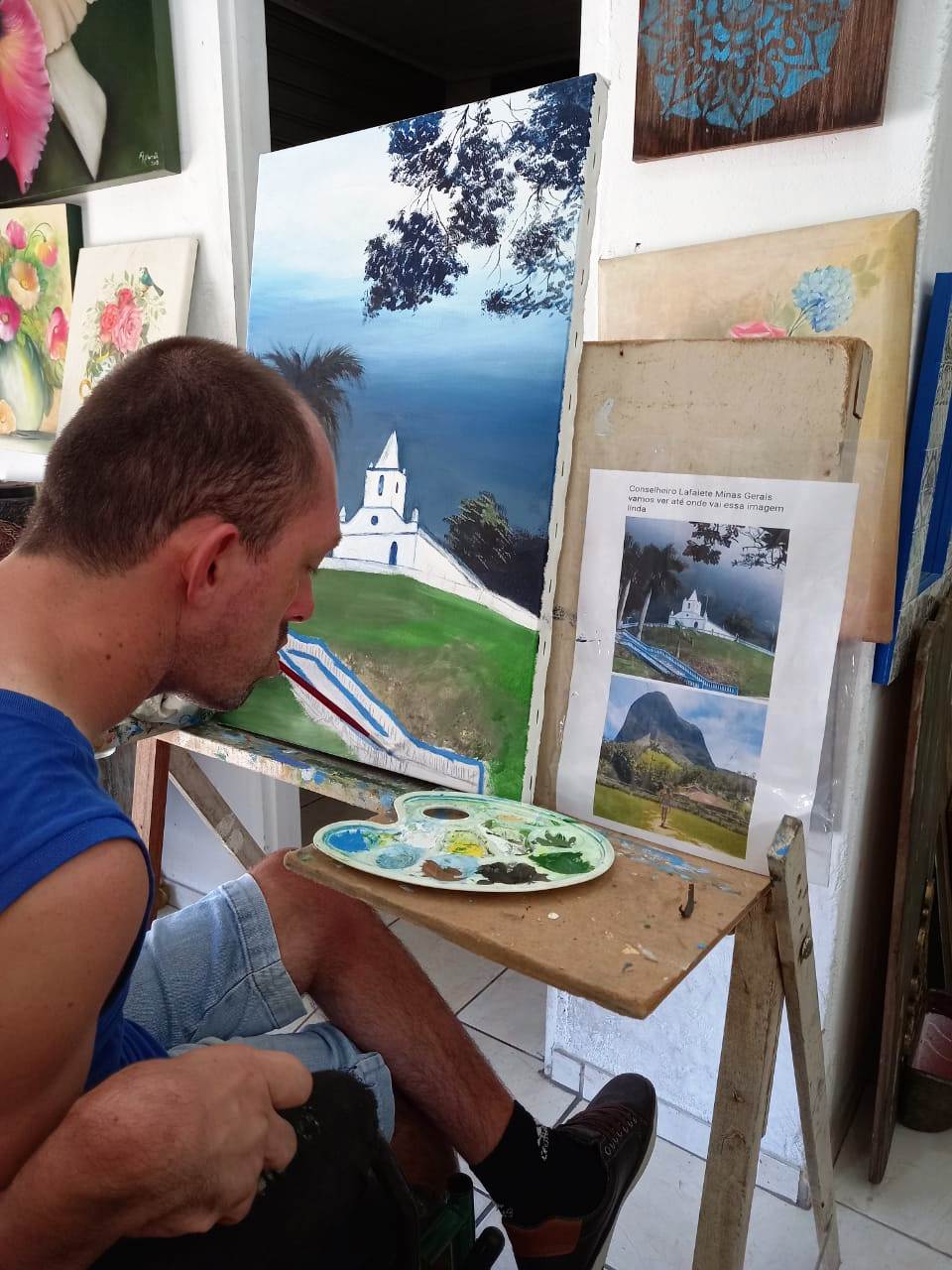 Alexandro Panetto Largura was born on 9 October 1988 in Linhares. After his birth he received oxygen therapy for five days at the Rio Doce hospital. It was not until several months later that he was diagnosed with cerebral palsy due to his late birth. Subsequently Alexandro Panetto Largura had several knee and groin surgeries to save his nerves, but the surgeries were not successful. He then had physiotherapy. He is confined to the wheelchair, he is unable to speak but can understand everything. Over time he developed motor coordination skills but has no use of his hands at all. Alexandro Panetto Largura learned, with great effort, to read, do sums and to use a computer at an association of parents and friends of people with disabilities. There he also began to paint with his mouth and continues to paint with enthusiasm to this day. The mouth painter especially likes to paint landscapes and has had the opportunity to participate in the "Barra da Primavera exhibition" in his home town in the framework of a Brazilian talent show.