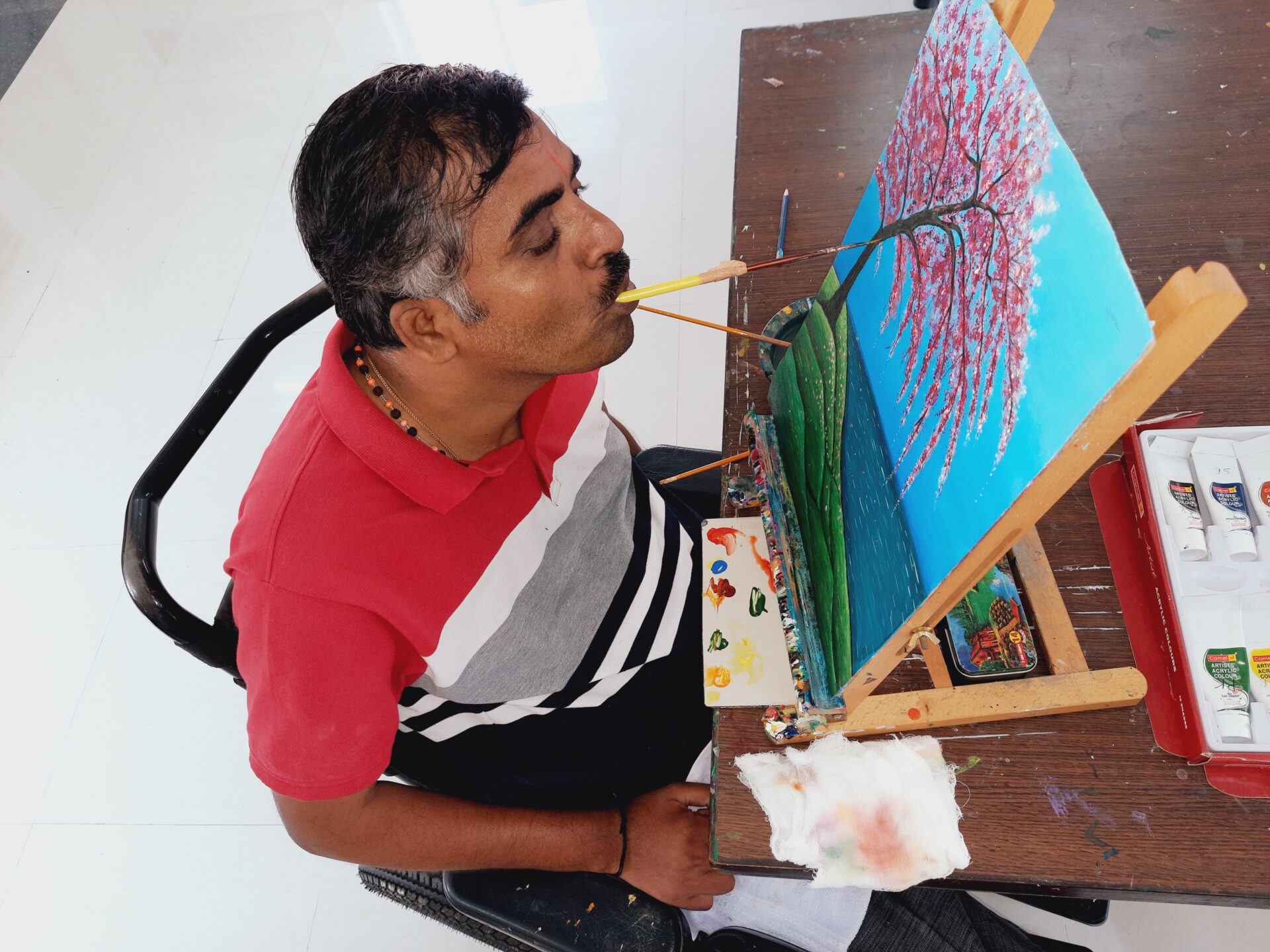 Shankar Lakhe was born on 3 December 1978 in the village of Lakhangaon in the state of Maharashtra, India. In 1997, after finishing school, he joined the Indian army. During his active military service, on 15 February 2001 he suffered an injury of the spinal cord (fracture and luxation of C4 & C5), which caused permanent paralysis under his neck. After being released from military service, on 15 January 2006 he moved into the Paraplegic Rehabilitation Centre (PRC) in Khadki, Pune for extended rehabilitation. Shankar Lakhe is married and the father of a son and daughter. His interest in art was aroused when he met VDMFK Scholarship Holders. In June 2019, he started painting with his mouth.