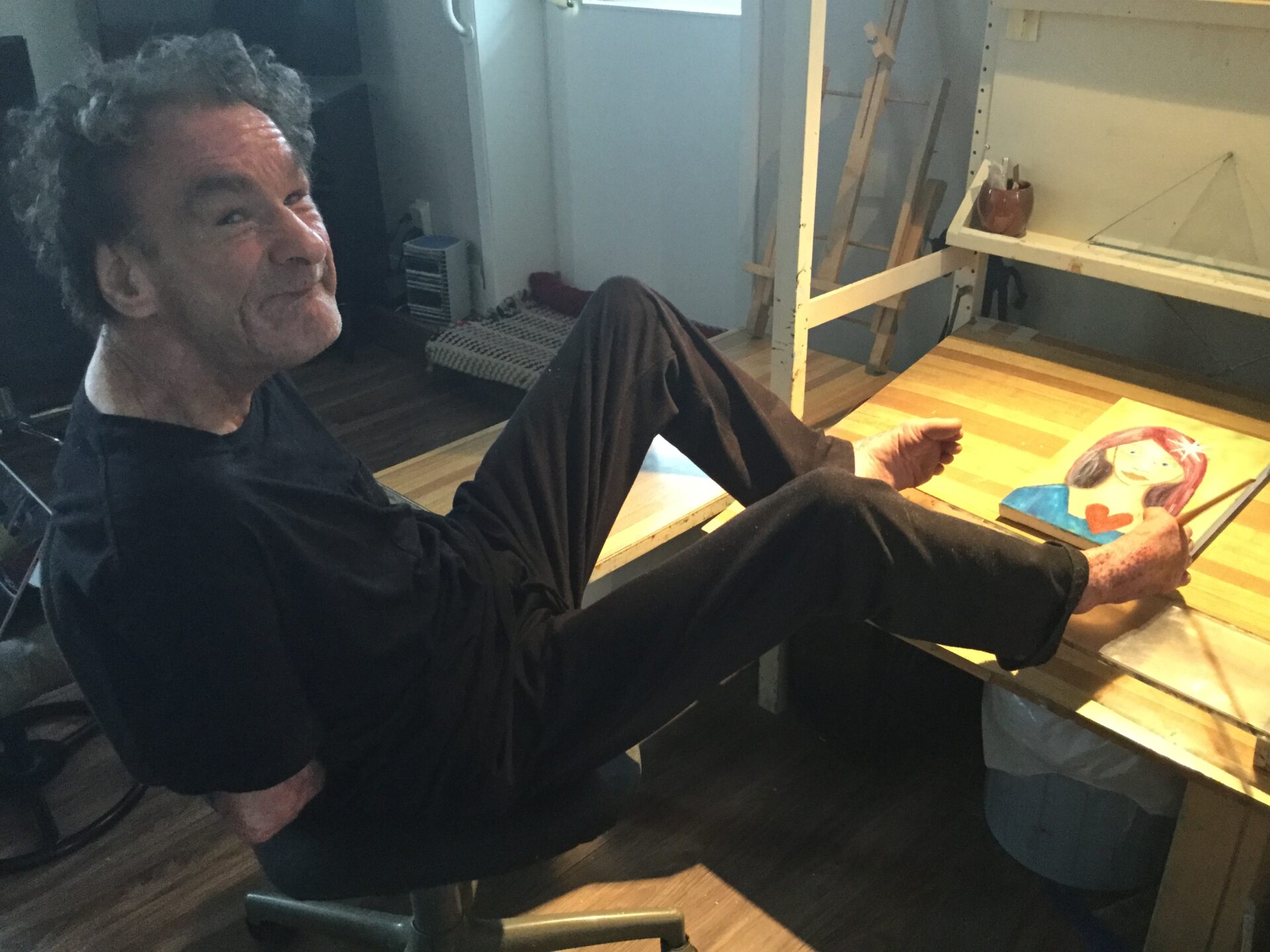 Daniel Laflamme was born prematue with cerebral palsy, in 1958, and never had the use of his upper limbs. The eldest of four children, he was brought up by loving and caring parents who encouraged and supported him in his determination to be independent.
A telecast showing a young girl without arms, using her feet to perform all kinds of tasks, stimulated him to follow her example. Thereafter, he swiftly learned to eat and draw by using his feet.
This new challenge expended his ways of expressing himself. At the age of 24, in 1982, he was first introduced to painting. He took art lessons at Convent St. Joseph in Sainte-Foy and, showing promises, he continued taking private lessons for three years.
Presently, Daniel lives alone in his own apartement in Duberger, near Quebec City. He works very Hard to become financially independent through his art. He prefers using oils when he paints his landscapes. His surroundings are a constant inspiration.
Daniel Laflamme joined the Association of Mouth and Foot painting Artists in 1985, at which time his first work was reproduced as a greeting card.
Besides painting, his interests are computers, sports, music and crafts.