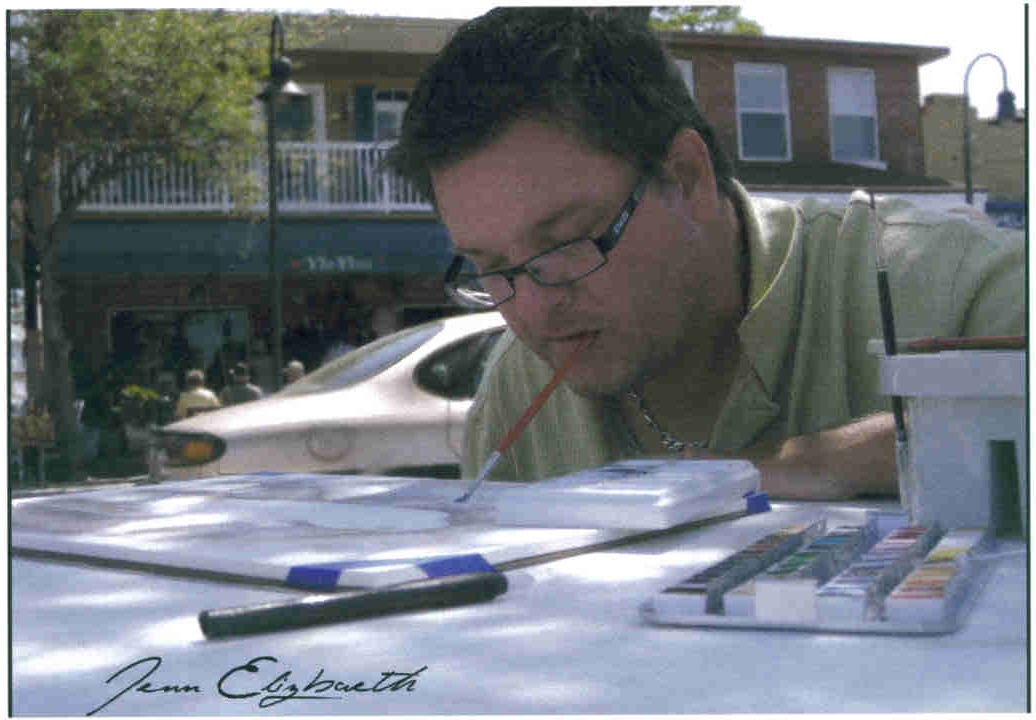 Christopher John KUSTER was born on 13 August 1970 in Hardford in the USA. After a tragic swimming accident in July 1992 he became paralysed from the chest down. During the long months of his recovery he started looking for a new aim in life. His new perspective from the wheelchair led him to the insight that he wanted to capture the feeling of tranquillity and peace surrounding him. Learning to paint with his teeth was a long and arduous process for him. All those who know him can tell a story about his iron will; and now his persistence has paid off. When looking at his paintings one can almost hear the wind blowing through the sea grass. Painting frees Mr Kuster from the fetters of his body. He hopes that his paintings take the viewers to the places where he has been and depict the quiet essence of Florida's landscape. His artwork has already been presented on television and at galleries and published at national level. His passion for the gulf coast of Florida and its fauna provides him with countless artistic opportunities. Mr Kuster has described his accident as an event that changed his life. But he has learned to live his life in a new way and he has discovered a way of sharing his incomparable perspective with us.