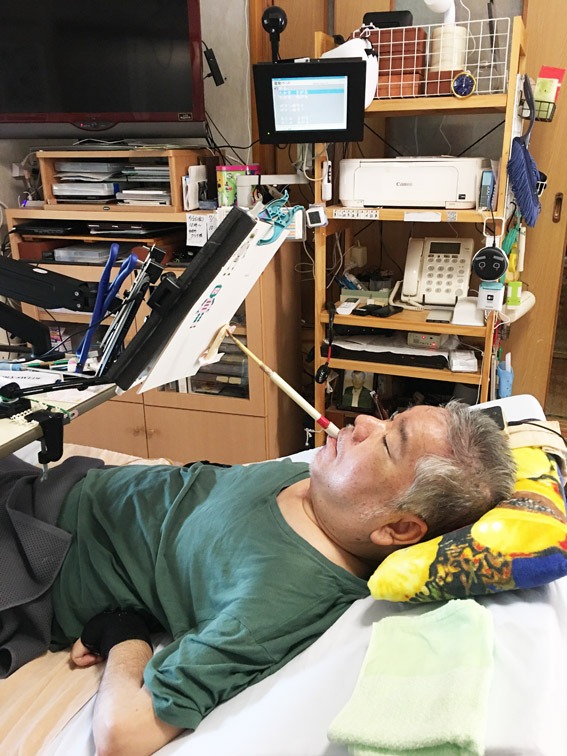 Mr Kuroki was born in Miyazaki, Japan on 11 July 1965. In 1986 he had a severe road accident which resulted in paraplegia. He took up mouth painting in 1990 as a form of rehabilitation. He taught himself. The artist prefers watercolours and acrylics and is also adept at producing computer graphics. His works have met with great admiration. He contributed to an exhibition organised by the Municipality of Hyuga. The television has also reported on the activities of the artist.