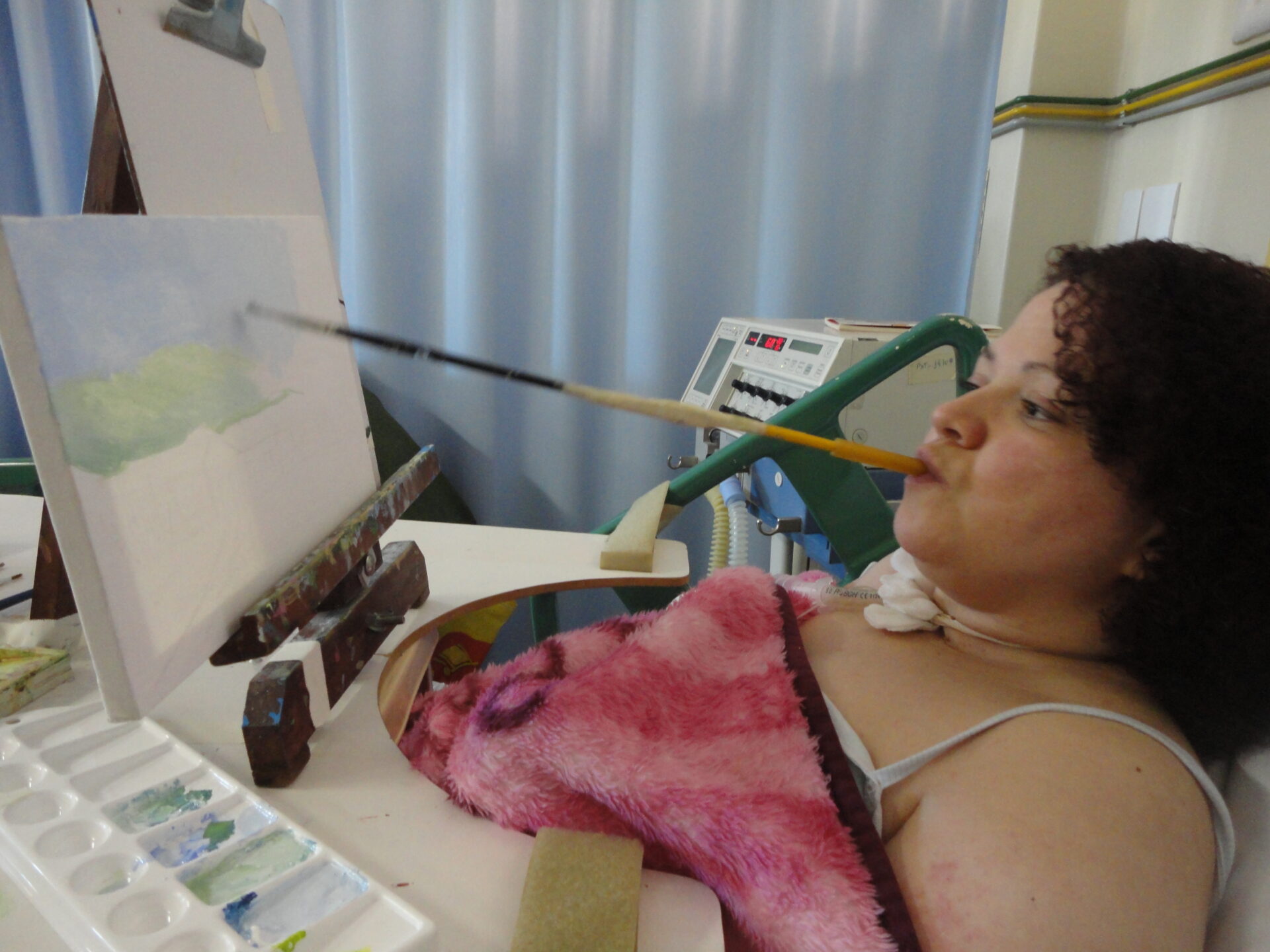 Aline Korb Mendes was born on 7 June 1983 in Rio de Janeiro. When she was 17 years old, Aline complained of severe headaches, due to which she was admitted to hospital. There, she was diagnosed with meningitis and an emergency operation was immediately carried out. Tragically, she contracted tetraplegia as a result, and has since then been unable to move either her legs or her arms and hands. An additional restriction for Aline is that she is dependent on a respirator and is only able to communicate through lip movements. Due to these circumstances, Aline has lived in an intensive care unit at the Universitario Pedro Ernesto hospital since the operation. In 2012, thanks to the encouragement of the VDMFK scholarship holder and mouth painter Carlos Eduardo Rosa Fraga, Aline developed an immense interest in mouth painting. Since then, she has been having weekly lessons with Rita da Cassia. Houses, in a wide range of variations, are among the artist's favourite motifs.