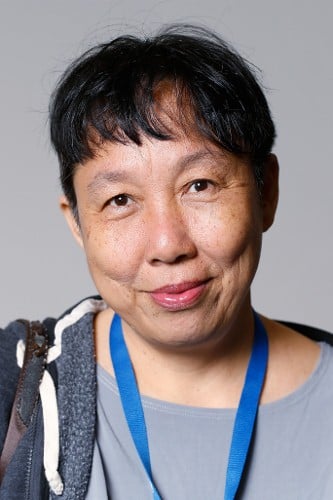 Since his birth, Chong Keow-Leong's hands are misshapen, so that she cannot fulfil any tasks with them. For this reason, she started to draw and paint with her mouth at a very early age. As an autodidact she successfully developed great painting skills. In the course of all these years, she developed her technique and expressiveness to such an extent that she is a professional artist's equal in every way. At the age of 25, Chong Keow-Leong was granted a stipend by the association. She was thus given the opportunity to intensify her work. In spring 2001, she was accepted as an associated member of the VDMFK.

Chong Keow-Leong can look back on great achievements in her artistic career. Apart from participating in several group exhibitions she has also organized several solo exhibitions which have received great attention from the public. The artist has received at lot of media coverage. Chong Keow-Leong's favourite motifs are flowers for which she uses the aquarelle technique.