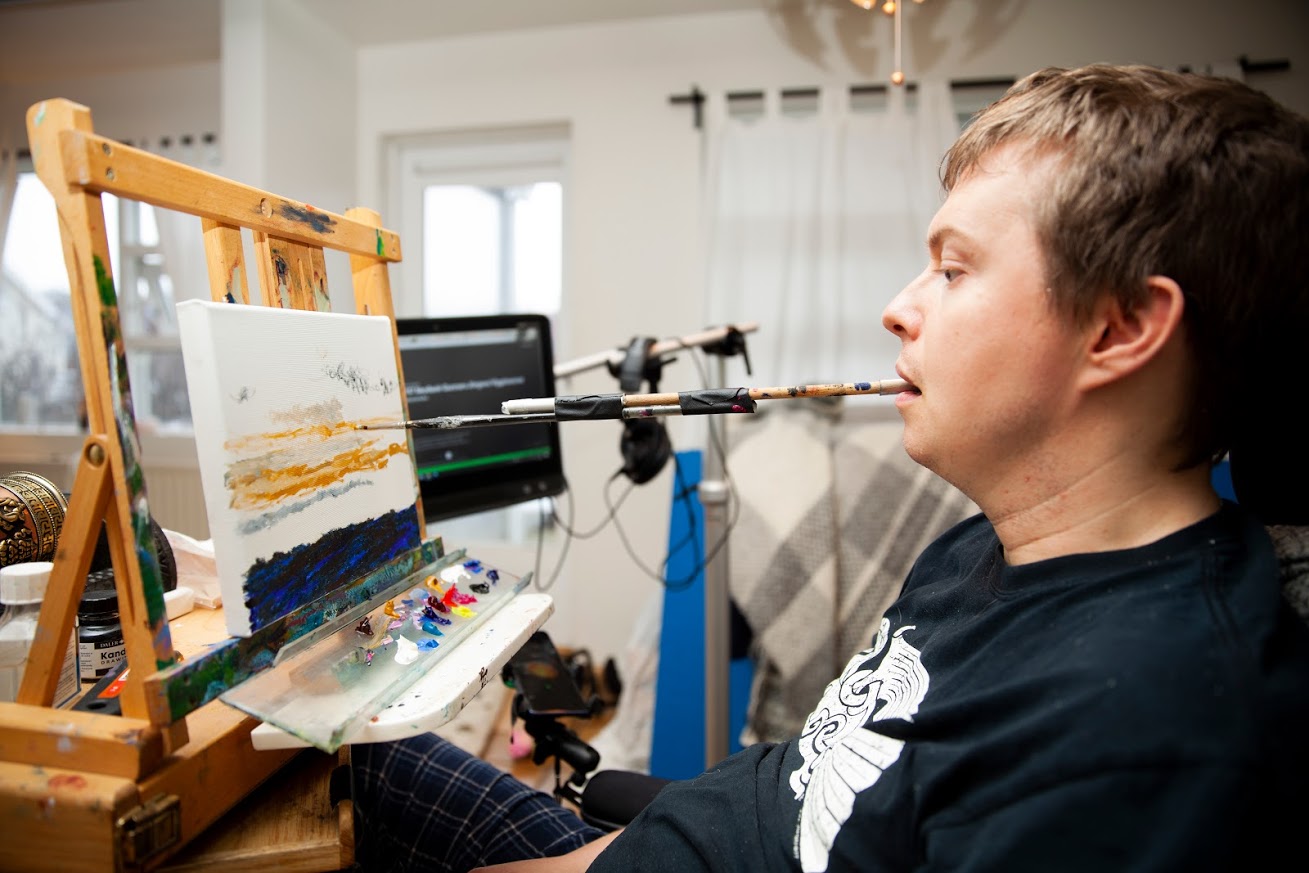 Brandur Bjarnason Karlsson was born in Reykjavik on 2 January 1982. He attended primary and secondary school and completed four semesters of studies in biology, physics and the social sciences. During his course of study, Brandur was diagnosed with myelopathy, a disease characterised by an indeterminate deterioration of the motor functions. The symptoms have now left him a quadriplegic. His upper and lower limbs are completely paralysed and he will be confined to a wheelchair for the rest of his life. In November 2012 he began to teach himself to paint with his mouth. Because he wanted to in the painting necessarily improve, he has been taking regular painting lessons under Derek Karl Mundell since January 2013. He also attended the art school in Reykjavík, Iceland.