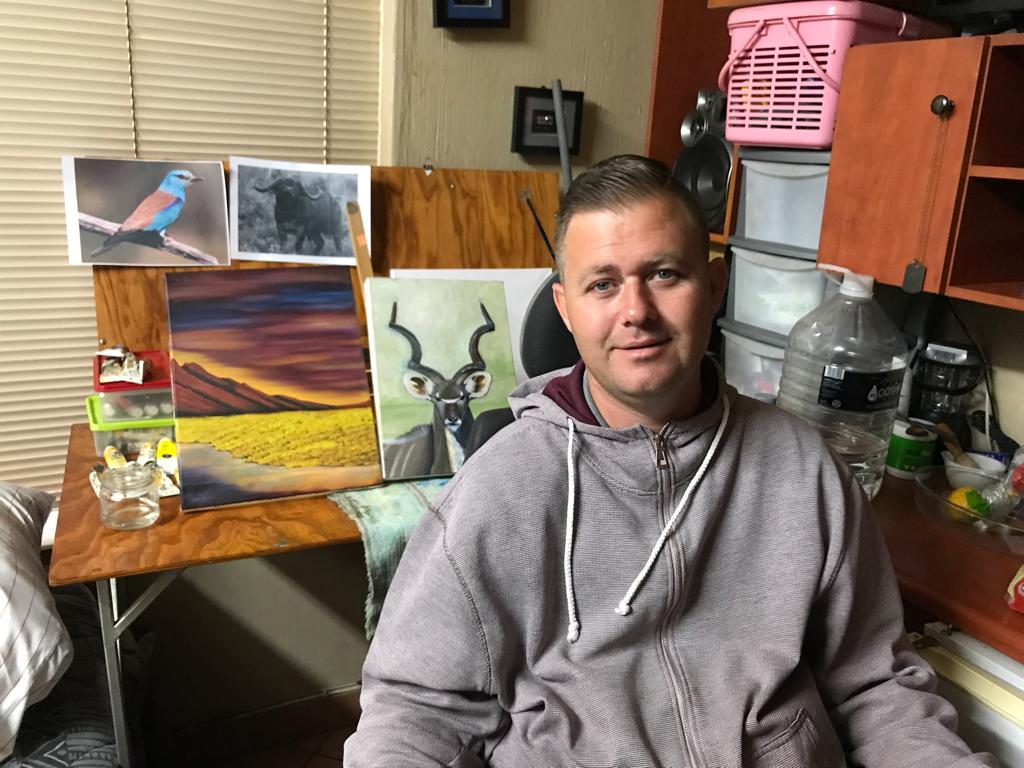 Corne Joubert was born on 17 August 1988 in a small town called Bethal in the Province of Mpumalanga in South Africa. On 2 January 2007, he broke his neck in a diving accident, and became a C5 tetraplegic. At the time of his accident, he was training to be a car mechanic, but his accident put an end to his apprenticeship. Corne Joubert was then in a rehabilitation facility for three months, and then he went to live with his parents for the first three years following his accident. In August 2010, he moved into a Living Centre for quadriplegics to become more independent, where he met Gert Volschenk (a former Associate Member). He mentored Corne Joubert for almost a year. After the death of Gert Volschenk, Corne Joubert further educated himself autodidactically with the help of online videos. He is fond of oil painting, and draws inspiration from landscapes.