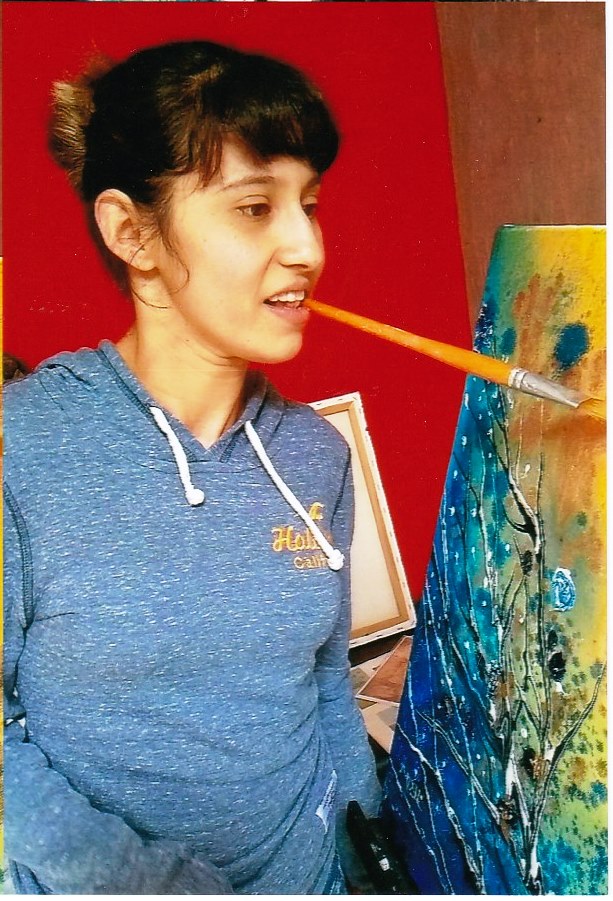 Maria Dolores Jauregui Lechuga was born on 5 April 1992 in Yahualica de Gonzales Gallo, Jalisco. She is the first daughter from the marriage of Heladio Jauregui and Domitila Lechuga. She came into the world with cerebral palsy, an inability to move her hands and complications with walking. She has two younger brothers. Her mother treats her just like the other children, and registered her for the J. Jesus de Mexticacan nursery, where they lived for five years. She was in a special needs school in Yahualica for three years. Later, she graduated from a special school. She was there until Year 4 of primary school. Gilberto, a psychologist, noticed her potential and said that she should be in an ordinary school. Thus, she moved schools. She finished primary school and attended the technical High School No. 23. At the end of every semester, she was always one of the best in the year and she is very proud of her efforts and accomplishments. After entering the Mexticacan High School, her interest in drawing and painting began. She had planned to study. One day, the head teacher of Mexticacan introduced her to a painter who also painted using her mouth: Carmen Nuño Sánchez. This artist told her about the association of mouth and foot painters and invited her to it. Thanks to Carmen Nuño Sánchez, she came across the VDMFK. Since 17 July 2013, Maria Dolores Jauregui Lechuga has been taught by her