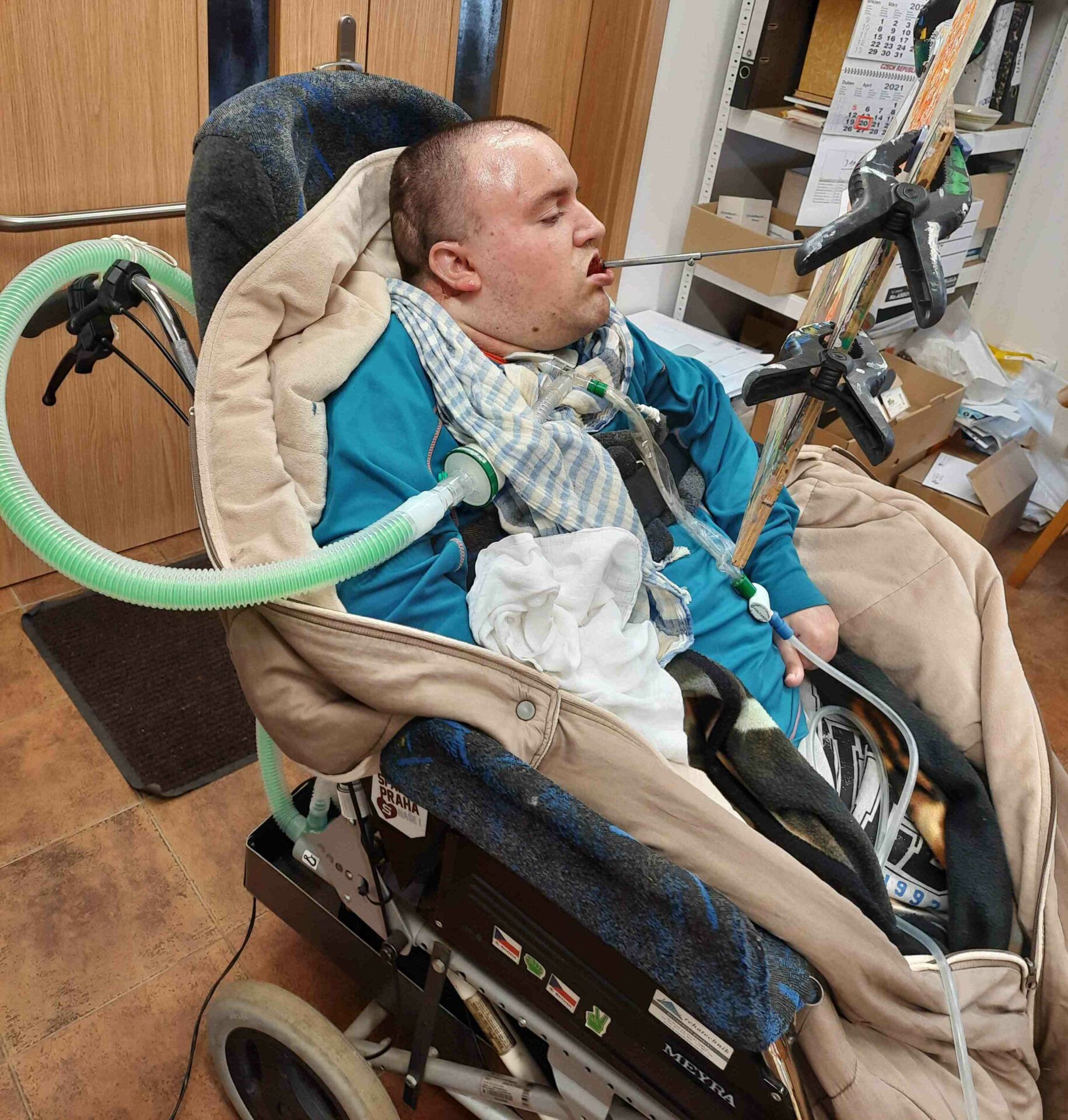 Tomas Janousek was born on 2 February 1989 in Prague. Even as a little child he was fond of painting and attended painting classes for children. In 1997 he was hit by a car and became permanently paralysed from the neck down. He depends on artificial respiration. As he had always enjoyed painting, he kept trying, holding a pen or pencil with his mouth, saying that he wants to be among the great painters one day.