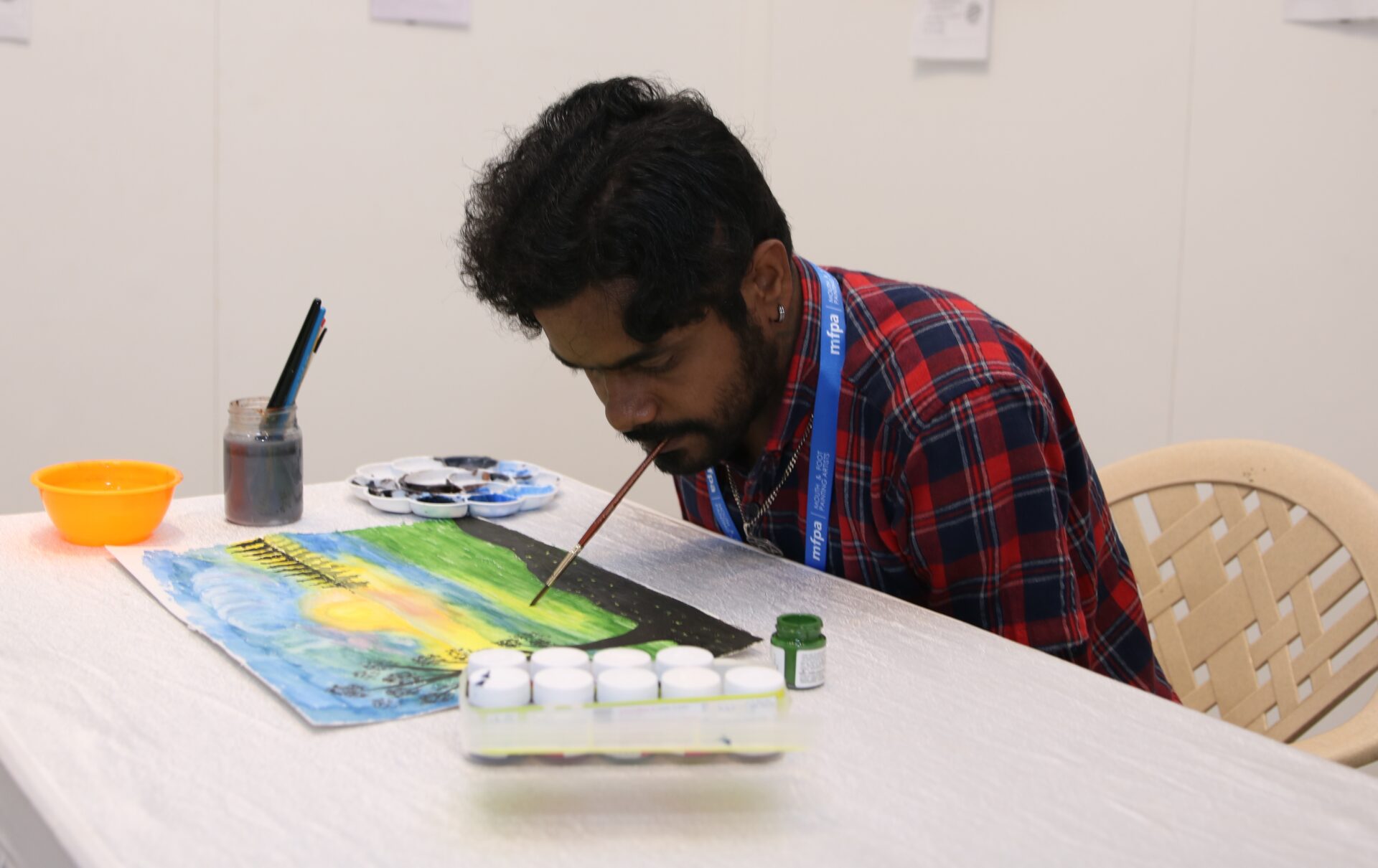 On the evening of 4 March 2000 the then eight-year old K. Janarthanan Kesavan played with his friends on the terrace of his parents' home and, among other things, brandished an iron bar. While doing so he touched a high-voltage cable. He got such a severe electric shock that 90 % of his body was injured. As a consequence, Jana (that is his nickname) lost his upper limbs, as his right arm had to be amputated at the shoulder, his left arm at the elbow, and furthermore his left leg at the knee. The doctors encouraged him to learn to write and paint with his mouth. Supported by his parents, he participated in drawing contests. Much to the surprise of everybody, he won prizes several times. To date he has received more than 80 prizes in events at district, state and federal level. He is also the only physically disabled boy who, in 2004, received two national awards from the Indian president, his Excellency, Dr. A.P.J. Abdul Kalam.