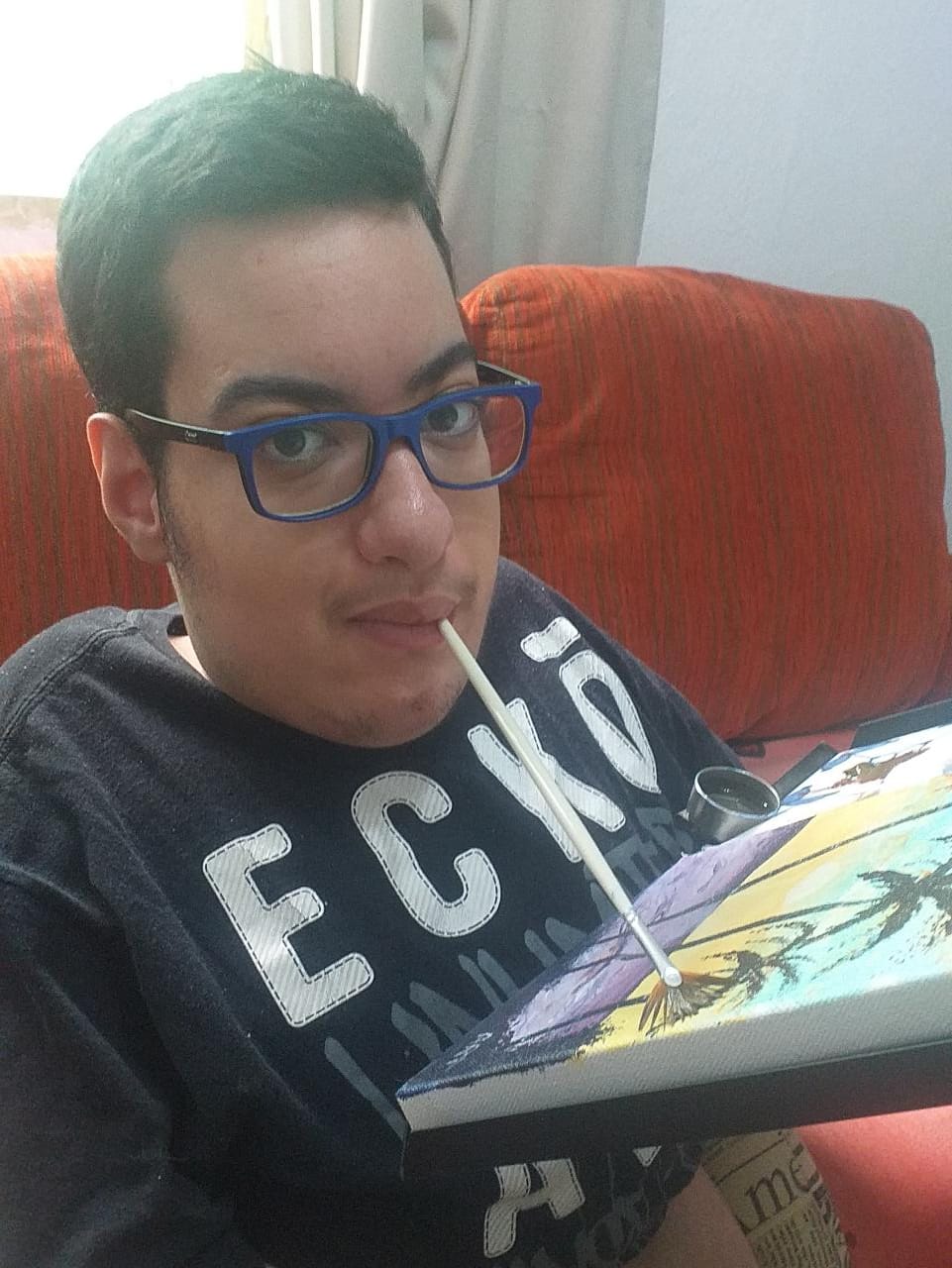 Arthur Ricardo David Hirche was born on 3 January 2005 in São Paulo, Brazil. On account of congenital deformities of the limbs and the spine ("arthrogryposis multiplex congenita") he needs help for most of the activities of daily living. To move around he depends on a wheelchair. The boy is currently in the first year of primary school and can already read and write. He likes to play video games and is able to use a PC himself. He is also an excellent chess player. In school he plays with success against pupils of the eighth form. He became very interested in painting when he watched Daniel Rodrigo Ferreira da Silva (student member of VDMFK/foot painter) paint at the Reatech in April 2011, an international fair offering solutions to people with disabilities in São Paulo. Arthur Ricardo David Hirche already drew and wrote with his mouth but had never before produced a specific painting. It is obvious that Arthur likes to paint and shows great motivation and interest. His mother helps him as she has some previous knowledge of painting. He has a strong character and knows what he wants.