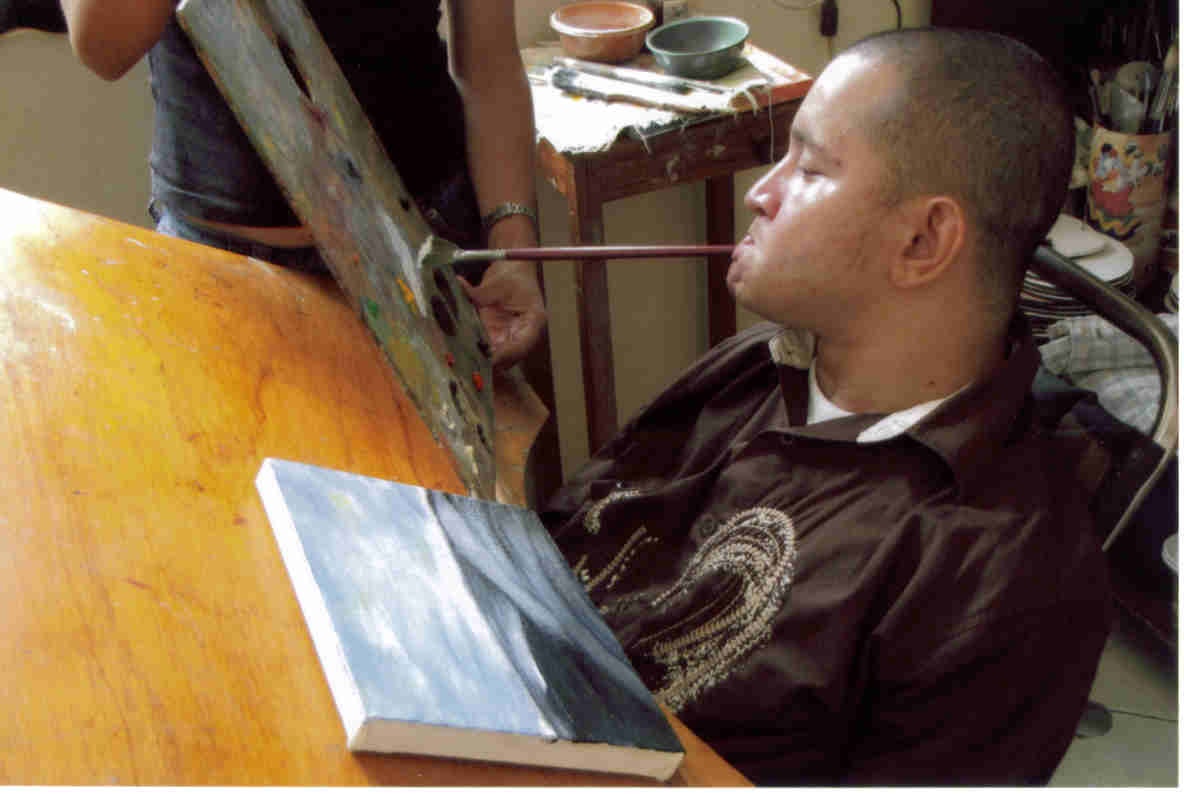 Walter Andres HIDALGO ATEHORTUA was born on 17 July 1982 in Médellin Ant. in Colombia. He attended primary school for four years and, due to the economic situation of his family, secondary school only up to grade seven. Even while still a child he helped his father work. During childhood he had a passion for soccer and BMX. At the age of 17 he had an accident. He was shot in the neck, injuring his fourth cervical vertebra and the spinal cord and thus became tetraplegic. His mother and his sisters helped him very much. His rehabilitation took a very long time. He took the initiative and started to write and draw with his mouth. He discovered a predilection for painting. He was taught in the group "Creative Work" under the guidance of Ernesto Lopera Zapata, a teacher who taught him many techniques. His aim is to improve his painting day by day.