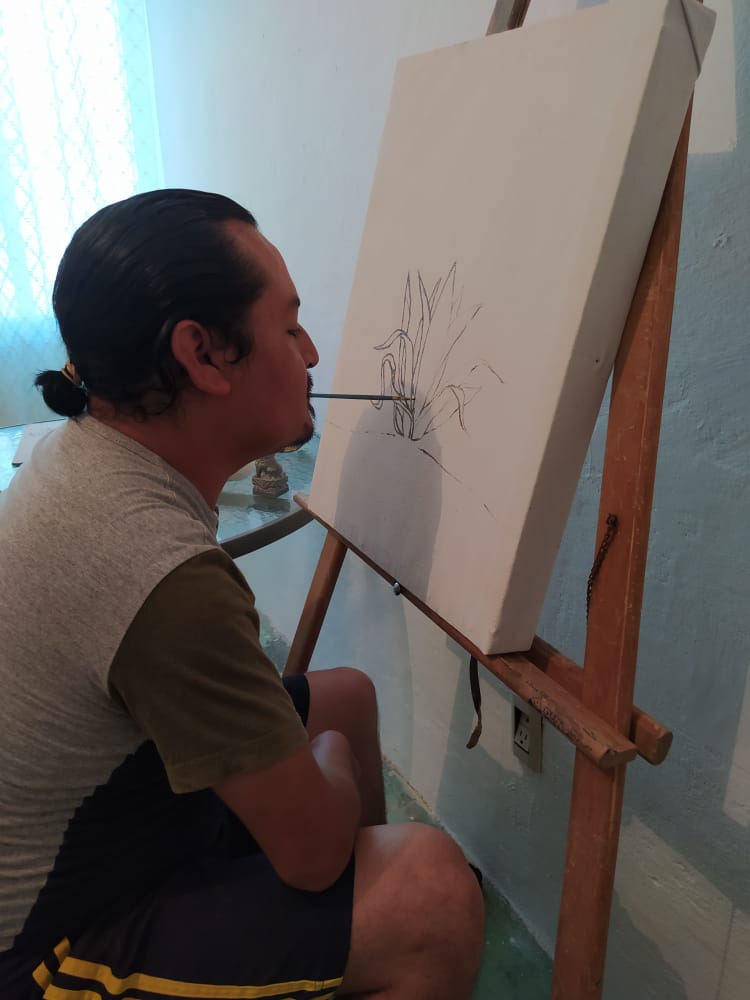 Jesús Ángel Hernández Vázquez was born in Navolato, Sinaloa on 29 October 1982. The carelessness of a medical student at his birth resulted in severe injury to his right arm. As a result his movement has been seriously impaired ever since and he will suffer from muscular dystrophy for the rest of his life. In 2002, at the age of 19, his left arm was amputated due to bone cancer. He completed primary and secondary school. In 2005, he became aware of the VDMFK and began painting with his mouth. Afterwards, he attended the "José Limón" school of visual arts in Culiacán where he developed his talent still further. The motifs of the mouth painter are a cross-section of the multifaceted landscapes in Mexico, of animal figures and of all kinds of still life pictures. Jesús Ángel has presented his works to the general public on several occasions at solo exhibitions and by participating in exhibitions staged in his region.