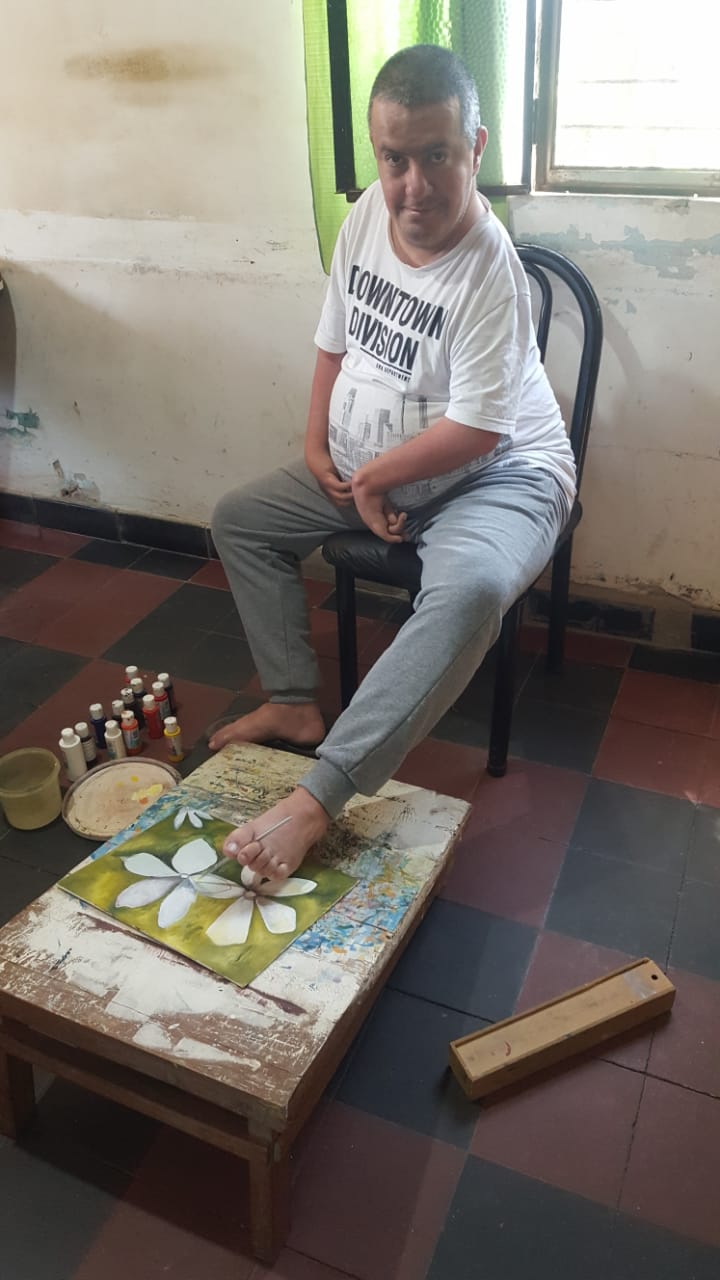 Sergio Adrián Hernández was born on 11 August 1982 in Luján, province of Buenos Aires. Due to a congenital disease called arthrogryposis, he learned to use his lower limbs for the activities of daily living from early childhood on. This circumstance also sparked his interest in fine arts at the young age of eight. He preferred a notebook and crayons to colour his drawings. In 1996 - at the young age of 13 - he began to take drawing and painting lessons in Luján. As early as in 1997 he had his first solo exhibition where he presented 23 original paintings. This attracted great attention from the public. On the occasion of a trip to the Vatican he was chosen to present, in the course of an award ceremony, Pope John Paul II with a plaque commemorating the trip of the 700 young people from Argentina. Further exhibitions and distinctions on account of his artistic achievements followed.