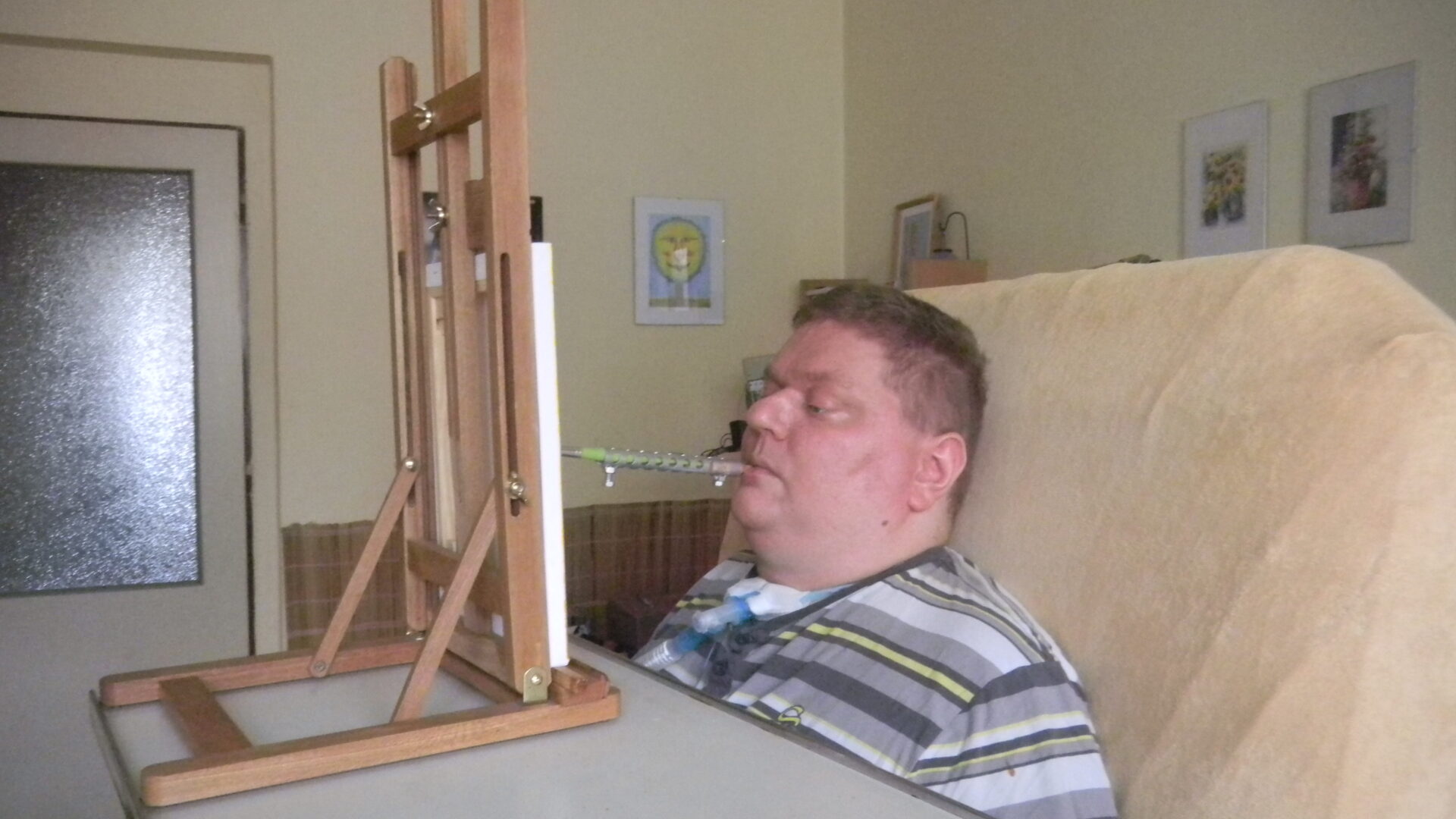 Pavel Hejhal was born on 11 September 1983 in Pisek. From 1990 to 1999 he attended the "Milevsko" school and was very successful in school competitions in mathematics, chemistry and physics. The trained cabinetmaker also developed his musical talent and played the clarinet. On 15 December 2002 he had a car accident where he suffered injuries to the cervical spine (C-3 and C-4 vertebrae). This resulted in complete paralysis of arms and legs, with Pavel having to rely on a respirator for breathing. In August 2003 he made his first attempts at painting with his mouth. Initially he specialised in flower themes, which he created using crayons. Recently he has tried out other painting techniques with success.