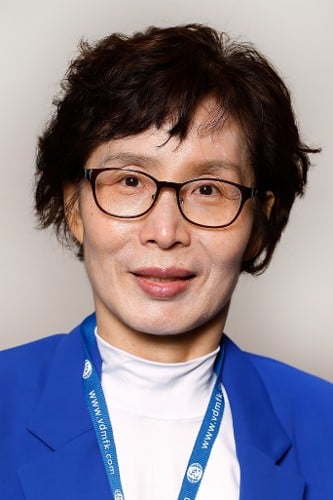 Mi-Soon Han attended correspondence courses and worked in an office for several years. In 1984 she was injured in a traffic accident which left her paralysed from neck down. Four years after the accident she took up mouth painting. A year later VDMFK granted her a scholarship which enabled her to make further progress. As early as 1992 she became an associate member of the association. In 1995, she was granted full membership.

Mi-Soon Han's works reflect her wishes and dreams as well as her recovery process. Her favourite motifs are landscapes and flowers that symbolize her great love of nature. Her paintings are characterized by an abstract, symbolic style and express wisdom and belief. In the course of her career as a mouth painter Mi-Soon Han can look back on numerous awards and distinctions. She has organized several solo exhibitions and has participated in numerous group exhibitions.

Mi-Soon Han also enjoys her literary activity such as writing essays, poems, novels, and children's stories which she types with her mouth.