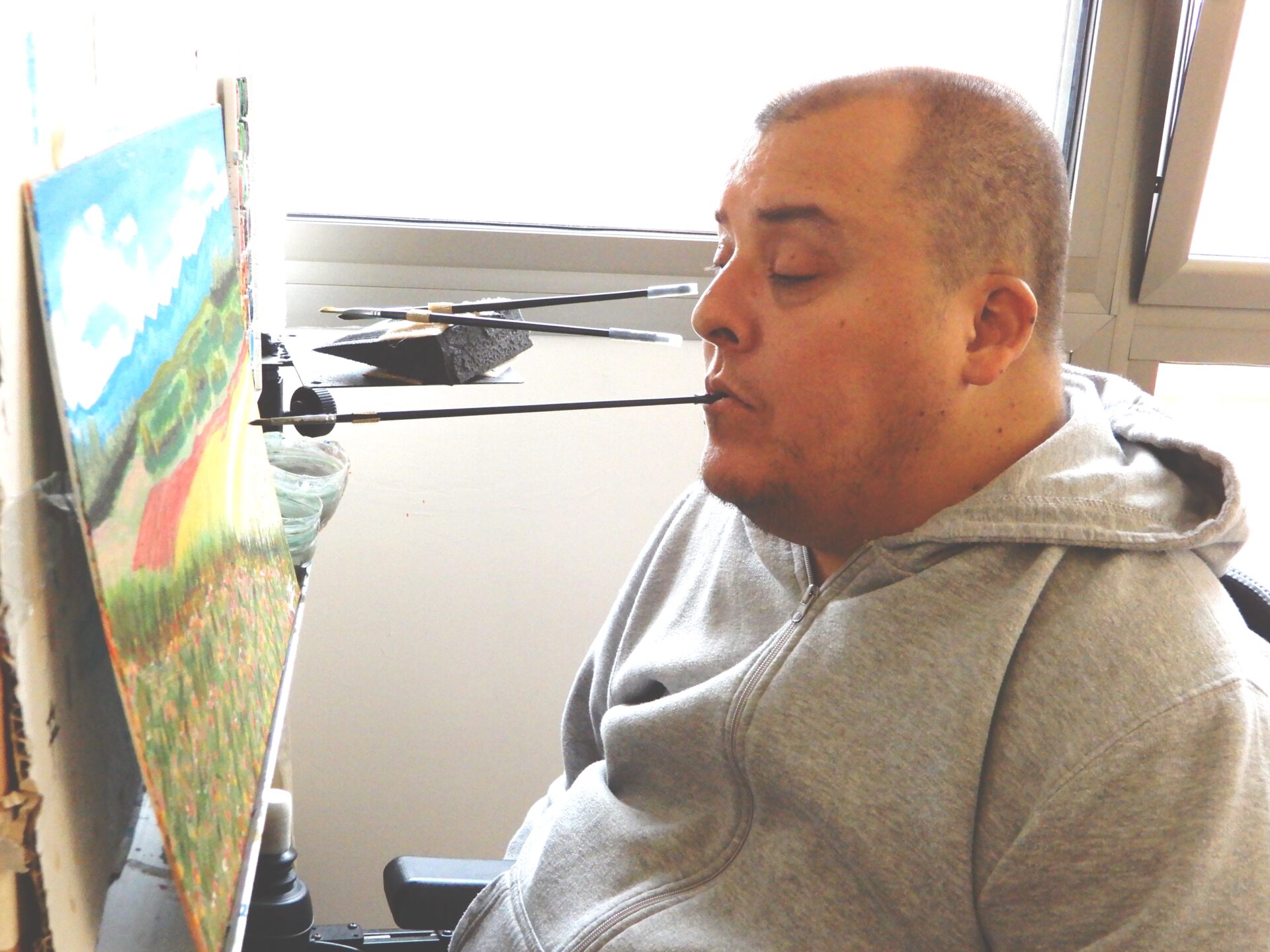 Mohamed HAMED BERKAN was born on 10 February 1975 in Melilla, Spain.
At the age of 17 he was involved in a traffic accident on a motorbike, and suffered a C4 - C5 level spinal injury. The first years after the accident were very hard, especially the year in which he was admitted to the National Paraplegic Hospital in Toledo.
After this year Mohamed returned to his family in Melilla and spent several years there isolated from society, because he was afraid of going out onto the street and meeting his old friends.
When his father developed colorectal cancer, it was no longer possible for the family to take care of Mohamed Hamed Berkan and therefore he moved to the centre of Pozoblanco (Córdoba). Here he became aware of the Association thanks to José Antonio Navarro (a holder of a scholarship from the Association). The beginning was a true odyssey, as he had a really bad time because he had never before painted with a brush at all, let alone with a brush in his mouth. Mohamed began by watching tutorials on YouTube to overcome his fears and try to improve his technique as far as he was able.